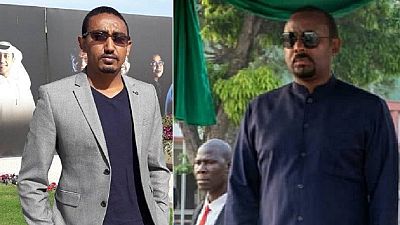 <p>Until earlier this week, Bilal Worku was a senior journalist with Ethiopia’s state broadcaster, <span class="caps">EBC</span>. He announced his departure whiles supposed to be on official duty citing principally crippling working conditions.</p> <p>Worku was on the team that accompanied deputy Prime Minister Demeke Mekonnen to the UK-Africa summit which took place in London. </p> <p>He failed to return home as scheduled and subsequently sought asylum saying he had been threatened by high-ranking government officials.</p> <p>Despite big reviews in the area of press freedom under the Abiy Ahmed – led government, the journalist who served at <span class="caps">EBC</span> for nine years said the reality showed the opposite.</p> <p>Bilal told <span class="caps">BBC</span> Amharic: “There is no way I can go back and live freely in Ethiopia,” going on to accuse the PM’s office of interfering with work at the <span class="caps">EBC</span>.</p> <p>“There is no press freedom or editorial independence for that matter. Whenever I try to tell the truth through my work I get threats. I can’t say much as I fear for my family’s safety,” said the father of two.</p> <p>Local news portal Addis Standard observes that he is the latest in a string of unannounced departures from the broadcaster. “I have colleagues who sought refuge abroad as they feel unsafe in their own country. I made the decision after a thorough discussion with myself,” he added.</p> <p><span class="caps">EBC</span>’s deputy chief executive Abdel Jelil Hamid according to the <span class="caps">BBC</span> couldn’t deny allegations about interference by government officials. “I can’t say that there is no government officials meddling, having a negative impact on journalists, but it is not that serious,” he said.</p> <p>He stressed that the broadcaster was not to blame. “Unless they have their own personal agenda, the institution couldn’t be the reason for their decision,” he added.</p>