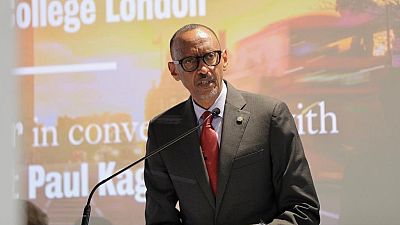 <p>Rwanda is considering waiving visa fees for a broad category of visitors entering the country, president Paul Kagame is reported to have said in London.</p> <p>The waiver if eventually passed will mean that all Africans, citizens of Commonwealth nations and the Francophonie will be admitted into Rwanda without having to pay visa fees.</p> <p>According to the <a href="https://t.co/UzOCdSvmhY?amp=1">state broadcaster, the Rwanda Broadcasting Agency, <span class="caps">RBA</span>,</a> Kagame disclosed the proposed exemption as part of his engagements in London, where he attended the maiden United Kingdom – Africa summit.</p> <p>“The Commonwealth is a community of values, with continued relevance for today’s world. More than one-third of its member states are African. These are the reasons why Rwanda chose to join in 2009.</p> <p>“In that connection, we are soon considering exempting citizens of the Commonwealth, as well as the African Union and the Francophonie, from paying visa fees when entering Rwanda,” President Kagame said.</p> <p>Next June, Rwanda will host the 26 Commonwealth Heads of Government Meeting, <span class="caps">CHOGM</span> 2020. Rwanda’s visa-openness has earned it top place as one of the most open in the yearly visa openness index publications. </p> <p>Rwanda from January 1, 2018 started a <a href="https://www.africanews.com/2017/11/17/rwanda-announces-global-visa-free-regime-starting-january-2018/">global visa free entry for all travelers.</a> A communique released by the Directorate of Immigration and Emigration said all travelers could enjoy 30 days visa on arrival under the regime. </p> <p>That being the case, some entrants were required to pay a fee where applicable. The November 16, 2017 document read in part: “30 days visa upon arrival – Citizens of all countries to get visa upon arrival without prior approval, starting 01 January 2018. Before that, only African countries and few others were getting visa upon arrival.” </p> <p><img src="https://static.euronews.com/articles/99/86/998695/1024x576_bonus-AP903055620585.jpg" alt="" /></p>

In that connection, we are soon considering exempting citizens of the Commonwealth, as well as the African Union and the Francophonie, from paying visa fees when entering Rwanda.