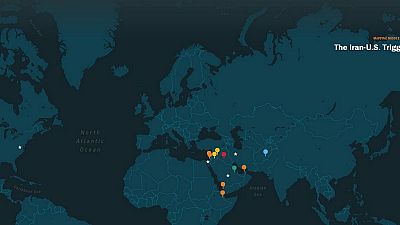 The Red Sea strait of Bab el Mandeb, located between Yemen and the African countries of Djibouti and Eritrea is one of the areas that might be on the receiving end of rising escalations between United States and Iran.

In Yemen, the United States is backing its ally Saudi Arabia against the Iran-backed Houthi rebels.

The assessment warning the Horn of Africa nations to stay alert, was issued by the International Crisis Group, which lists the other flashpoints in Lebanon, Syria, Yemen and the Gulf of Hormuz.

Iran on Friday promised to avenge the killing of Qassem Soleimani, commander of Iran’s elite Quds Force, who was killed in a U.S. airstrike.

Soleimani, a 62-year-old general, was regarded as the second most powerful figure in Iran after Supreme Leader Ayatollah Ali Khamenei.

The overnight attack, authorized by President Donald Trump, marked a dramatic escalation in a “shadow war” in the Middle East between Iran and the United States and its allies, principally Israel and Saudi Arabia.