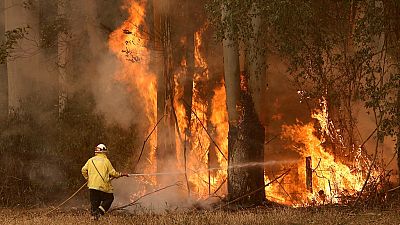 At least 17 people were missing in the Australian state of Victoria as mass evacuations began in the bushfire-ravaged region.

Victorian Premier Daniel Andrews confirmed the number of unaccounted people in the state during a news conference on Thursday.

“I don’t propose to go through the 17 different locations. I don’t think that serves any purpose. They are from East Gippsland from a number of smaller communities across East Gippsland. That number may grow or indeed people may report to authorities or we can get to them either via mobile phone coverage or getting people into those communities. It may be that some of those people are safe, but we do hold very significant fears for the welfare of anybody who is missing at this time,” said Daniel Andrews, Victorian Premier.

That number may grow or indeed people may report to authorities .

He added that the missing people were “from a number of smaller communities across East Gippsland.”

Andrews’ announcement was made after thousands of tourists in a 250-kilometre (155 miles) stretch from Victoria’s East Gippsland to the New South Wales South coast were ordered to leave the region within a 24-hour period.

The order was given amid a brief reprieve from hot weather conditions in the area, aiding firefighting and allowing people to replenish dwindling supplies.

Military ships and aircraft also started evacuating trapped residents who had fled to the shoreline as bushfires approached their towns in recent days.

Fire conditions were expected to deteriorate on Saturday as high temperatures and strong winds return.

At least 18 people have died, more than 1,300 homes have been destroyed and about five million hectares (12.35 million acres) of land has burned nationwide from the wildfires since September.