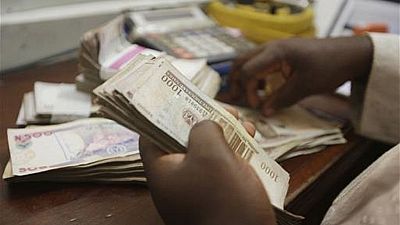 Nigeria says it is studying the currency changes ringing through the West African region and that it will respond in due course.

A statement by a media aide to the Minister of Finance, Budget and National Planning read as follows: “Nigeria has received the news of the change of the UEMOA Currency, the CFA (Communaute Financiere d’Afrique) to Eco supposedly as the the ECOWAS single currency.

“Nigeria is studying the situation and would respond in due course,” the statement added. It came on the heels of Ghana’s announcement that it was ready to join the ECO bloc.

Ghana became the ninth country to commit to the ECO currency barely a week after Ivorian president Alassane Ouattara announced at a press conference in Abidjan in the presence of the French president that all eight Francophone countries were quitting the CFA for a new currency.

The eight countries will also withdraw their reserves from the French Central Bank. Regional bloc ECOWAS had earlier this year announced a 2020 date to introduce a common currency.

Nigeria as the largest trading nation in the region is seen as a key ally who should be on board any such initiatives but Abuja has increasingly had to consult widely at home before committing to such protocols.

A typical case in point being with the African Continental Free Trade Area, AfCFTA, Nigeria was last but one country to ratify the deal, at the time the refusal was to allow government consult necessary industry players.