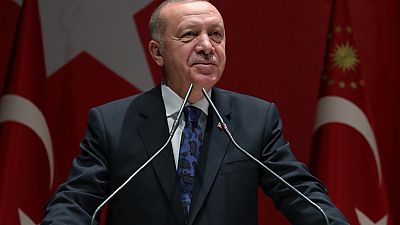 This week highlighted Turkey’s geopolitical interests in Africa as it sought to intervene militarily in Libya’s conflict, in addition to providing substantial emergency support to Somalia following a deadly attack that left over 90 people dead.

Turkey has sought to boost its influence all over the world, taking on the traditional players like the Gulf nations in the Middle East while its relationship with Russia shapes its policy in North Africa and the Middle East.

Turkey’s Foreign Minister Mevlut Cavusoglu warned that the Libyan conflict risks sliding into chaos and becoming the next Syria, as he sought to speed up legislation to allow it to send troops to the North African country.

Libya’s internationally recognised Government of National Accord (GNA) in Tripoli has been struggling to fend off General Khalifa Haftar’s forces, which have been supported by Russia, Egypt, the United Arab Emirates (UAE) and Jordan.

“If today Libya becomes like Syria, then the turn will come for the other countries in the region,” Cavusoglu said on Saturday at a meeting of the governing AK Party.

“We need to do whatever is needed to prevent Libya from being divided and slide into chaos, and that is what we are doing. It is the legitimate government there that we deal with,” he said, stressing the military and security deal signed with Libya is important.

Cavusoglu will meet with three opposition party leaders on Monday and the government is expected to discuss the motion within the coming week.

Meanwhile, a Turkish military cargo plane landed in the Somali capital on Sunday to evacuate people badly wounded in a devastating truck bombing in the city a day earlier that killed at least 90 people, including two Turkish nationals.

The plane also brought emergency medical staff and supplies, according to a tweet from the Turkish embassy, adding these had been transferred to a Turkish-run hospital in Mogadishu.

Somali Information Minister Mohamed Abdi Hayir Mareye told state media that 10 badly injured Somalis would be evacuated to Turkey. He added that Turkey had sent 24 doctors to treat those wounded who would not be evacuated.

Since a 2011 famine in Somalia, Turkey has been a leading aid provider to the country as Ankara seeks to boost its influence in the strategic Horn of Africa in competition with Gulf rivals like Saudi Arabia and the United Arab Emirates.