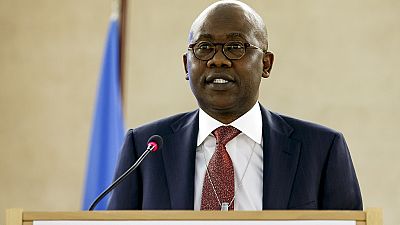 Nigeria’s ex-attorney general Mohammed Adoke has returned to the country to face corruption charges over his involvement in one of the oil industry’s biggest corruption scandals.

The country anti-graft body, the Economic and Financial Crimes Commission, EFCC; confirmed his return stating that “The ex-AGF left Dubai following pressure from the EFCC.”

He was arrested by authorities in Dubai in November this year. Adoke’s lawyer, Mike Ozekhome whiles confirming the arrest told Reuters that the warrant used to arrest his client was expired.

Ozekhome said his client was arrested as he went to Dubai for medical appointment, adding that a Nigerian court had nullified the warrant in October because his client was not served with the charges before the warrant was issued.

The EFCC secured warrants in April for two former ministers including Adoke and an Eni manager over the $1.3 billion sale of a Nigerian offshore oilfield by Malabu Oil and Gas in 2011.

The deal has spawned legal cases spanning several countries, involving Nigerian government officials and senior executives from ENI and Royal Dutch Shell. Shell and Eni, and their executives, have denied any wrongdoing.