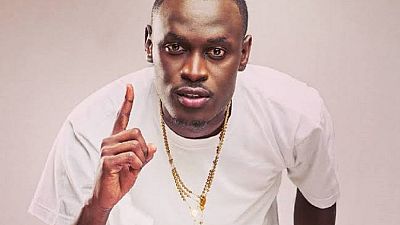 Kenyan artist King Kaka has asked for protection after his controversial song criticising politics, corruption and elections among other problems in the East African nation.

Kenyan Rapper Kennedy Ombima popularly known as King Kaka / Kaka Sungura in his song Wajinga Nyinyi (you are fools) highlighted all the corruption scandals that have rocked Kenya recently, blamed the population of electing the wrong leaders while questioning the legitimacy of the song.

In a juxtaposition of the political class verses the troubled population he dissects the problems facing the nation boldly, attacking the government and politicians’ failures.

In a post on twitter, the rapper acknowledged the attempt on his life and asked for the country to pray for him.

The musician has become a hot topic in the country, the media and many have taken up on social media to celebrate his boldness, acknowledge the truth he says and even criticise.

When the song premiered the artist warned that he might have to take it off YouTube for a while but the government agency in charge of films and music clarified that he was free to publish the song.

I hate to be the bearer of the bad news, but #WajingaNyinyi has not told you anything new. You always knew you were stupid, but that has never prevented you from exercising your stupidity at the ballot booth, and for good measure.

Music and art have often been referred to as the mirror of society. King Kaka, released his new hit, #WajingaNyinyi, it got the nation talking. The spoken-word piece covers various ills facing the country, and calling out leaders and Kenyans alike, to reflect.#NTVWeekendEdition pic.twitter.com/bOMfddSVdC

This is the realest song I've heard this year… Honest to the core… RabbitTheKing you have spoken what everyime is saying behind closed doors fam... https://t.co/HqQiz0mldt

I guess Rabbit #KingKaka is telling us he also made a mistake, he is as mjinga as you who voted for UHURUTO presidency twice. #RevolutionNow Ruto #WanjingaNyinyi Miguna Miguna Waiguru Kenyatta Raila https://t.co/yBhpKZFeOF

Some politicians have even responded to some of the issues that the artist tackled.

He has no idea that we do not control the sanitary towels budget, we only aided the distribution (not all counties received) with the county Comm's office & all the area chiefs. We as women reps have also been following up sanitary towels with the current line Ministry Education. https://t.co/ZDkgDFXtgv

The RabbitTheKing, don't take down the video. That will invalidate your powerful message. Your video is a volcanic revolutionary mobilizing tool. Let Patriotic Kenyans and the Wajinga club wake up and #Revolt. #RevolutionNow #WajingaNyinyi #despotsmustfall #rejectbbireport https://t.co/lqbKn4SBQ3

My friend RabbitTheKing, you have spoken in your latest release #WajingaNyinyi. However, a country cannot burn or go b’coz of a section of people who vote not with their brain. There comes a time when you sit down, relax and watch things as they unfold. Good day bro. pic.twitter.com/1eZ2aN8xXA

This song by King Kaka is meant to colonise the youth & the masses to think that politicians are bad people, we are actually good people. Its not good to portray politicians as evil ones. We have family to take care of and bills to pay just like you. #WajingaNyinyi

RabbitTheKing's #WajingaNyinyi new release is evidence that we are a free country. He has used his creative licence to prick our conscience. Anyone defamed can seek legal redress, but as InfoKfcb, we will not interfere with the production.