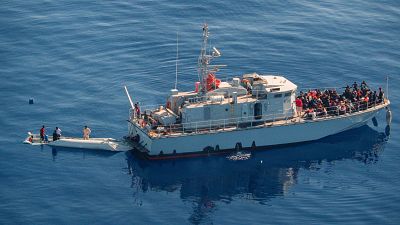 The U.N. refugee agency’s new protection chief says a first-ever forum to bring together governments, civil society and business aims to drum up support for tens of millions of people displaced by war, violence, poverty, repression and other factors.

Assistant High Commissioner Gillian Triggs of the office of the U.N. High Commissioner for Refugees says the “Global Refugee Forum” on December 16-18 in Geneva aims to “deal with the unprecedented numbers of refugees, displaced persons, stateless persons who are of concern to UNHCR”.

Political pressure has been weighing on decision-makers in some host countries, notably in the West, and people have been living in host communities far longer than in past decades.

“What do we want from it? What we are hoping for, and we have very optimistic indications, at the moment, that we’ll get significant financial commitments, both by governments and through the banking lending facilities. But we’ll also get engagement with civil society and the business community,” said Gillian Triggs, Assistant High Commissioner for Protection, Office of the United Nations High Commissioner for Refugees.

Triggs appealed for more countries to step up with more resettlement places, a common demand of the refugee agency that has often fallen on deaf ears.

Dignitaries like Turkish President Recep Tayyip Erdogan, whose country has taken in millions of Syrians, and U.N. Secretary-General Antonio Guterres are set to attend the conference.

She said some 3,000 people including about 100 government ministers are likely to attend, with troubles in countries like Afghanistan, Myanmar, Somalia, South Sudan, Syria and Venezuela among the causes for flight of millions of people abroad.