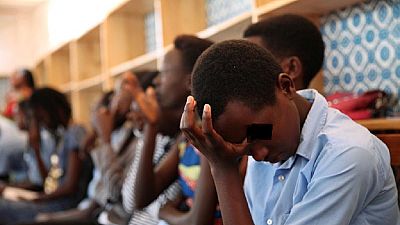 Over a year after South Africa scrapped taxes on sanitary pads, Rwanda has gone down the same path with an announcement on Tuesday.

The Ministry of Gender and Family Promotion tweeted the new development: “Moving to the right direction, from now onwards, the Government of Rwanda has added Sanitary Pads to a list of goods that are VAT exempted in a bid to ease their affordability.”

Reports indicate that till now, there had been an 18% value added tax, VAT, on the pads.
A pack of ten pads currently goes for around 1,000 Rwandan Francs (about $1).

Consumers expect to pay much lower amounts for pads as soon as the directive begins to be implemented.

Most activists have held that the unavailability of pads stemming from their cost continued to affect especially school going girls across Africa. There has been a sustained push for governments to scrap the taxes.

“For many girls and women, especially in rural areas, the cost of the pads is too high. Many still rely to reusable cloth pads,” a women’s activist Saidath Murorunkwere is quoted to have said.

Aline Berabose, a Rwandan reproductive health activist, told the BBC that girls in poor families are known to miss school when they are on their periods because they can’t afford the pads.

In October 2018, South Africa’s Finance Minister, Tito Mboweni, announced in a speech that the country will no longer tax sanitary products. The scrapping of the 15% VAT on sanitary products was however started in April 2019.

Zambia also has a policy since 2017 that provides sanitary pads for schoolgirls. Menstruation is still taboo in many countries around the world, where it’s often considered embarrassing or shameful.

One in 10 African girls miss school during their periods, the U.N. children’s agency UNICEF estimates, which means they fall behind in their studies and often drop out of school.

In 2017, the Kenyan government announced a policy that provided free sanitary pads to schoolgirls in order to keep them in school.

The policy was estimated at a cost of 500 million shillings ($4.8 million) yearly. It was an expansion on a 2011 programme giving pads to girls from poor families.

In neighbouring Uganda, researchers from Oxford University found absenteeism from school was 17 percent higher among girls who had no access to sanitary towels or information about puberty.

When 10 percent more girls go to school, a country’s GDP increases by an average of 3 percent. Each additional year of secondary schooling leads to a 15-25 percent increase in a girl’s potential income, say gender equality campaigners.