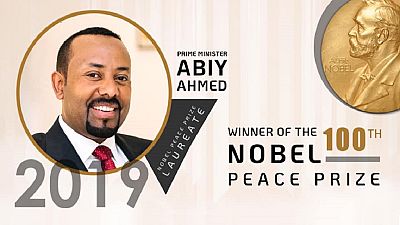 <p>The director of the Norwegian Nobel Institute has called it “highly problematic” that the 2019 Nobel Peace Prize winner won’t attend any event next week where he could be asked questions publicly, while the spokeswoman for Ethiopia’s prime minister cited “pressing” domestic issues and the leader’s “humble disposition.”</p> <p>Organizers “had wished that Abiy Ahmed would have agreed to meet the Norwegian and international press,” Olav Njoelstad said, telling Norwegian broadcaster <span class="caps">NRK</span> on Wednesday that most Peace Prize winners have no problem putting aside three or four days for traditional Nobel events.</p> <p>“We have been very clear about this and have clarified that there are several reasons we find this highly problematic,” Njoelstad said. “I think it has to do in part with the challenges he faces at home, and his religious faith and personal humility.”</p> <p>Abiy’s press secretary, Billene Seyoum, told The Associated Press that it is “quite challenging” for a head of state to dedicate many days to the extensive Nobel program, particularly since “domestic issues are pressing and warrant attention.” Abiy will attend essential events in consultation with the Nobel Institute “to honor and respect the Nobel tradition.”</p> <p>At the same time, “the humble disposition of the prime minister, rooted in our cultural context, is not in alignment with the very public nature of the Nobel award,” Billene said. “The prime minister is humbled and grateful for the recognition.”</p> <p>Skipping the media isn’t unprecedented. U.S. President Barack Obama also declined to speak to reporters when he won the Peace Prize in 2009.</p> <p>Abiy has rarely given interviews since taking office last year. His spokeswoman called him “one of the most accessible Ethiopian prime ministers to date in public and media engagements.”</p> <p>Abiy was awarded the Peace Prize for making peace with neighboring Eritrea after one of Africa’s longest-running conflicts and for introducing sweeping political reforms, but already troubles are growing at home.</p> <p>Violent unrest, sometimes along ethnic lines, is expected to worsen ahead of Ethiopia’s election in May. Debate has broken out on social media about whether Abiy deserves the award.</p> <p>When the Peace Prize was announced earlier this year, Nobel chairwoman Berit Reiss-Andersen said some people may consider it too early to give it to Abiy, but “it is now that Abiy Ahmed’s efforts need recognition and deserve encouragement.” </p> <p>The prime minister is expected to give his acceptance speech Tuesday at Oslo City Hall before officials, including Norwegian royals, after receiving the 9-million kronor ($945,000) cash award, a gold medal and a diploma.</p> <p>Abiy also is to meet with Norwegian Prime Minister Erna Solberg and open a Nobel Prize exhibition during a private ceremony.</p> <p><strong><em>AP</em></strong></p>