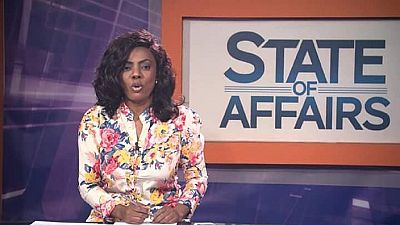 <p>An influential Ghanaian journalist rallied donations of over $9,000 to support medical treatment of an ailing girl she hosted on a television program recently.</p> <p>Nana Aba Anamoah, who works with the privately-owned GH Onte TV, made the call for donations via Twitter and grossed the amount needed to treat the 8-year-old patient, Davelyn, in under 24-hours.</p> <p>In the fundraising video posted on November 26, Nana Aba disclosed that the afflicted girl was autistic, almost visually and aurally impaired. She had also been diagnosed with hole in heart, a cardiothoracic condition.</p> <p>“The cost of the surgery is $9,000 and with 50,000 Ghana cedis we can save her life,” she said adding that the girl’s mother had raised 4,000 Ghana cedis ($750), and she needed public support to raise the remaining 46,000 Ghana cedis.</p> <p>In giving an update of the records as at Wednesday November 27, the journalist announced that the fundraiser done largely via mobile money transactions was far advanced.</p> <blockquote class="twitter-tweet"><p lang="en" dir="ltr">MoMo to Dorcas, Davelyn’s mother ( 0244-472-624) currently stands at 20,212 cedis. <br /> <br /> MoMo to 0540-703-584 (Phoebe Cobbinah, Davelyn’s Auntie) also stands at 10,000 cedis. <br /> <br /> MoMo to Ewura Abena 0558602553, the UG student – 13,360 cedis. <br /> <br /> I am grateful to every one of you ❤️❤️ <a href="https://t.co/nIDB9t8CGs">https://t.co/nIDB9t8CGs</a></p>— nana aba (@thenanaaba) <a href="https://twitter.com/thenanaaba/status/1199745413689024512?ref_src=twsrc%5Etfw">November 27, 2019</a></blockquote> <script async src="https://platform.twitter.com/widgets.js" charset="utf-8"></script> <p>One major donor being a private foundation that gave 20,000 Ghana cedis to the cause. On social media, many commenters have praised the effort with some showing proof of their contributions.</p> <p>Social media fundraisers (crowdfunding) is increasingly gaining traction across the world with people with online influence rallying others to help worthy causes.</p> <p>In the recent past, a <a href="https://www.africanews.com/2019/08/29/kenyans-raise-over-2-million-in-one-hour-for-a-teenager-cancer-treatment/">Kenyan show host, Jeff Koinange, raised over $20,000</a> to support a sick guest who appeared on his show. </p> <p>Kenya boasts a very vibrant social media space – especially with respect to Twitter. Kenyans have in the past used the platform for activism on a wide range of issues from politics, human rights, justice, entertainment etc.</p> <p>In the case of South Africa, a couple went viral after their proposal at a popular restaurant was shared by the company. In a matter of hours, their entire wedding and honeymoon plans had been taken care of by different corporate bodies in the country.</p>