B. Faso searches for more mine workers after deadly mine attack 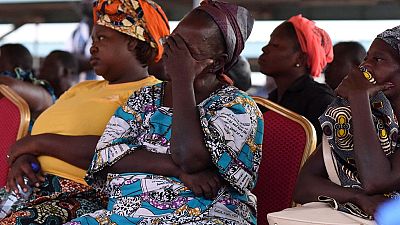 Authorities in Burkina Faso are still searching for more mine workers who are unaccounted for after Thursday’s deadly attack.

Defence Minister, Moumina Cherif Sy said this when he inspected a bullet-ridden bus that was transporting the mine workers before the attack.

“The death toll is provisional. We know for now there are 38 dead, and 63 wounded, some lightly, others seriously. Those are the figures we have for the moment. Our troops are on the ground because some people are missing. Some of them are miners in any case, we are still searching for mine workers”, he told journalists.

Some of them are miners in any case, we are still searching for mine workers.

38 people were killed, 63 others got injured, while dozens are reported missing following the attack near a gold mine on Thursday.

State media reported that 12 of the injured were airlifted from Fada N’Gourma, the largest city near Boungou, to a hospital in Ouagadougou.

The Boungou mine is located some 355 miles from the capital, Ougadougou in Burkina Faso’s eastern region.