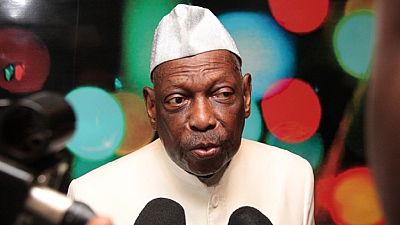 Albert Tevoedjre, a Benin political scientist and one of former U.N. Secretary-General Kofi Annan’s most trusted experts on social and economic development strategies for Africa, has died in Porto-Novo, Benin, at the age of 89.

Tevoedjre served for two years as Annan’s special representative to the Ivory Coast, the West African country where a 1999 coup shattered decades of prosperity and calm, displacing hundreds of thousands of people.

During his tenure as envoy to Ivory Coast from 2003-2005, Tevoedjre was instrumental in getting President Laurent Gbagbo to approve the deployment of French and West African troops in the west of the country, where rebels, militias and mercenaries had flourished during the country’s civil war.

Before that, Tevoedjre chaired the U.N.-affiliated “Millennium for Africa” project, which he initiated in 1998 with the support of Annan. The project aimed to bring together eminent Africans in different fields to reflect on the major economic, social, cultural, scientific and political challenges facing the continent and find solutions,

Tevoedjre was born in Benin’s capital of Porto Novo on Nov. 10, 1929. He studied at the Massachusetts Institute of Technology as well as at universities in Toulouse, France, and the Swiss cities of Geneva and Fribourg, receiving a doctorate in social sciences and economics.

While in France, he led a black student federation. After Benin gained independence from France in August, 1960, he was appointed state secretary and minister of information for the new West African nation.

Tevoedjre ultimately joined the government, serving as deputy of Benin’s national assembly and president of its commission for external relations, cooperation, defense and security. He also was a minister in the late 1990s for planning and economic rehabilitation, assuming the role of “head of government” in the absence of the president.

In between his stints as a government official in Benin, Tevoedjre worked for a decade at the U.N. labor agency, rising to the rank of deputy director-general. He also lectured widely at universities in France, Switzerland and the United States, including Georgetown, Harvard and Northwestern.

The author of several publications and articles on African development, his 1980 book “Poverty, Wealth of Mankind” was honored in France for its work in macroeconomics.

Tevoedjre was married to Isabelle Ekue, a literature professor who campaigns against female genital mutilation. He is also survived by their three sons and three grandchildren.