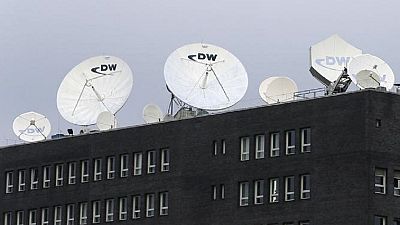 As a result, the foreign ministry summoned Germany’s ambassador to Asmara to seek “clarification/rectification” from the envoy “over Deutsche Welle’s “despicable” coverage of national service in Eritrea, and the peace process with Ethiopia,” Information Minister Yemane Meskel said on Monday via Twitter.

He accused DW’s English and Amharic services of lack of professionalism in their coverage citing specifically the output of their senior editors. DW’s reports has nothing to do with objective journalism,” he said in part.

The broadcaster joins Qatar-based Al Jazeera who have serially been jabbed by the Eritrean government.

Meanwhile, Eritrea’s Foreign Minister is leading the government delegation to the first Russia – Africa summit expected to kick off today in Sochi.

Osman Saleh has been the main representative of Eritrea at most international gatherings. He was in Yokohama earlier this year for the Tokyo International Conference on Africa and in New York for the United Nations General Assembly.