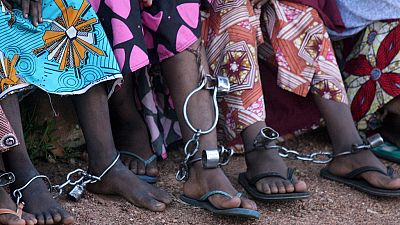 Police said on Saturday they had freed nearly 150 students from a purported school in northern Nigeria that claimed it was teaching the Koran but had instead subjected them to abuse.

It was the fourth such operation in a month and brings the total released from religious schools in northern Nigeria to more than 1,000.

The raid will put more pressure on President Muhammadu Buhari to take action on loosely regulated Islamic schools called Almajiris, which experts say teach millions of children across the mainly Muslim north of the country.

Kaduna state governor Nasir El Rufai ordered the raid on the Islamic reform school in Rigasa, officials said. The captives were gathered later at a camp nearby, standing in lines in maroon uniforms as state officials tended to them.

Unlike the other schools, at least 22 of the 147 released captives were female, Hafsat Baba, Kaduna’s commissioner for human services told Reuters.

The condition of those released was not immediately clear.

An official told Reuters the school was owned by the same man who owned one of the schools raided in neighbouring Katsina state earlier this week and had already been arrested by police.

Those freed from other schools over the past month – including two this week – were chained to walls, beaten and sexually molested.