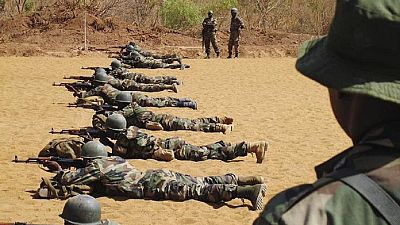 Mali’s army on Friday evening “neutralized” about 50 enemies in a counter-offensive launched after the deadly attacks by jihadists earlier this month in the center of the country.

The army is still looking for 27 soldiers missing since the double jihadist attack of September 30 and October 1 in Boulkessy and Mondoro.

The attacks resulted in the most casualties the Malian army has suffered in years. Two civilians were killed in Mondoro, 38 soldiers died and 17 were wounded in Boulkessy, according to the army.

During the subsequent field recovery and sweep operations, with “a very increased engagement” of the French Barkhane force with Malian troops, “about fifty enemies (were) neutralized, about thirty wounded, materials destroyed”, as well as a large fuel stock, the army said without explicitly saying if the “neutralized” enemies had died.

No other source confirmed these figures on Friday evening.

The operations confirmed the presence of women involved with the armed groups, the army noted.

Even in a country that has been plagued by deadly insurgencies, Salafist and jihadist insurgencies and inter-community violence since 2012, the events in Boulkessy and Mondoro have struck people’s minds and raised even more bluntly than before the question of the absence of a solution to the conflict and the possible impotence of the authorities.

The Malian army also reported on Friday the attempted theft of a large stockpile of weapons by one of its soldiers, deputy head in charge of the equipment division. The soldier had placed about 100 assault rifles in his vehicle on October 12 before they were discovered. The said soldier is still on the run.