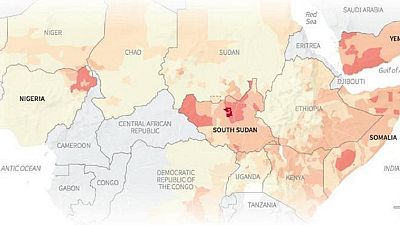 The borders have been closed for various reasons including diplomatic disputes, security concerns, health precautions and economic considerations among others.

The closures, especially by Africa’s biggest economy, Nigeria are a slap in the face of continent’s integration efforts.

The recently signed African Continental Free Trade Agreement provides for the free movement of goods and persons across African countries.

In this article, we explore the various reasons that have caused the border closures.

Nigeria’s customs agency on Monday confirmed that it had closed its land borders indefinitely, barring all movement of goods, as it struggles to curb smuggling.

“All goods for now are banned from being exported or imported through our land borders and that is to ensure we have total control over what comes in,” Hameed Ali, comptroller-general of the Nigerian Customs Service, told reporters in Abuja.

Ali’s announcement was the first official confirmation of a total shutdown in trade across Nigeria’s land borders, which had been reported by local media since August.

“We are strategising on how best the goods can be handled when we eventually get to the point where this operation will relax for the influx of goods,” he said, adding that it would still be possible for goods to cross at points equipped with special scanners.

The closure has no impact on Nigeria’s economically crucial oil exports, which are shipped out almost entirely via the nation’s seaports and offshore oil platforms.

Ali said reopening the borders would depend on the actions of neighbouring states, and that as long as they and Nigeria were not in accord on what goods should be imported or exported overland, the frontier would remain shut.

The move is likely to make a variety of food items, such as rice, tomatoes, poultry and sugar, more expensive for consumers.

Exports are also restricted, which will stop movements of cocoa and sesame seeds via land borders, Nonso Obikili, director at the Turgot Centre for Economics and Policy Research in Abuja said.

A statement issued by the Sudanese authorities said vehicles had been illegally crossing the borders with the two nations, which have both been mired in violence.

In August this year, Uganda and Rwanda agreed to re-open their borders, and committed to resolving a diplomatic dispute that had raised fears of hostilities.

Rwanda had closed a busy border crossing with Uganda in February, accusing its neighbour of harassing its citizens and backing rebel groups against the Kigali government.

In June this year, Kenya closed its border with Somalia, and suspended cross border trade, as part of security operations against terrorist group Al Shabaab.

“Apart from security concerns, we are also aware of human and narcotics trafficking. That must stop. It is now a crime and for those who do not know, the border remains closed until further notice,” police chief Kioi Muchangi explained at the time.

Kenya has on several occasions closed its border with Somalia, over security and sometimes diplomatic reasons.

While many countries have heeded the World Health Organisation (WHO) call not to close borders in the wake of the Ebola epidemic in the Democratic Republic of Congo, authorities in Rwanda closed their border for several hours.

The closure was prompted by the confirmation of a third death in the Congolese city of Goma. The city lies just across the Rwandan city of Gisenyi, and many of the two cities’ residents cross the border for work and other activities.

Hardly a year after Ethiopians and Eritreans celebrated the re-opening of their borders, President Isaias Afwerki’s government closed the border points at Serha-Zalambesa, Bure – Assab and Om Hajer-Humera, without giving its neighbour any official explanations.

In August, authorities in Cameroon expressed concerns over plans by Equatorial Guinea to build a wall along their shared border. 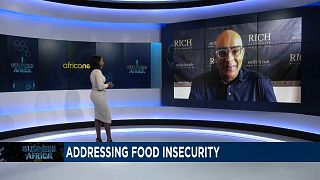