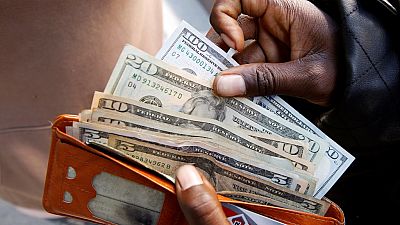 Authorities in Burundi on Thursday said more than 40 people have been arrested since the penalties for black market trading were increased last month.

The central African country has been short of foreign currency since foreign aid was frozen in 2016, after President Pierre Nkurunziza ran for a third term despite protests from opponents who said he was violating the terms of a deal that ended a civil war.

A spokesman of the public security ministry said on Wednesday that those who had been arrested were accused of “breaching the central bank regulation on foreign exchange”.

The dollar fetches about 2,900 Burundian francs on the streets of the capital Bujumbura, nearly double the official rate of 1,876, traders said.

The central bank said in October that official reserves in the first quarter of the year covered only three weeks of imports, and has not answered requests for more recent information.

Dollars are sold at the official rate only to importers of essential goods such as fuel and fertilizers.

Many businesses say they are unable to import merchandise and could be forced to shut down. One woman who imports decorations for weddings said she could no longer pay for supplies.

“We no longer make profits since we cannot continue increasing the prices of our goods in order to avoid losing clients,” she said.

A dozen foreign exchange traders in Bujumbura said that, because they could not buy dollars at the official rate, they purchased them from neighboring Democratic Republic of Congo to sell on the black market.

“To avoid arrests by the police, hard currency is now exchanged secretly with friends or acquaintances,” said a trader who declined to give his name.