Algerians clash with riot police during protest over hydrocarbon bill

Algerian protesters clashed with riot police during an anti-government protest in Algiers Sunday. More than a thousand Algerians are denouncing a draft energy law.

The law is expected to be examined by the Algerian cabinet ahead of its adoption. The law is aimed at attracting foreign investors to assist the North African nation to strengthen its energy output. It will however maintain a 49 percent foreign ownership if passed into law by parliament.

‘‘They sold (fabricated the law) the hydrocarbons law in the military barracks, so let the Algerian people know that they are the products of our country and the future generations, from our children and grandchildren, they are gambling with Algeria and its goods”, a merchant Suleiman said.

Algeria produces 1.2 million barrels of oil per day and hydrocarbons account for more than 95% of its external revenues and contribute 60% to state budget. 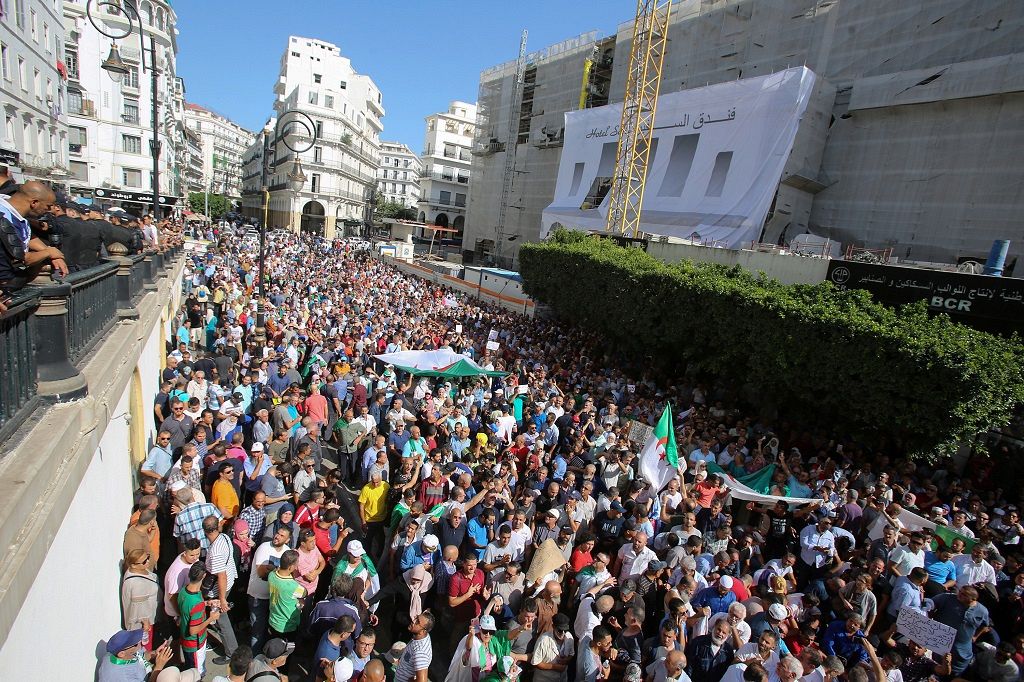