Gracing the red carpet along the Red Sea coast was action hero Steven Seagal, of Under Siege fame.

The anchor of Inspire Middle East asked the actor if the creative, technological and pay-scale changes in the sector, were a good thing. 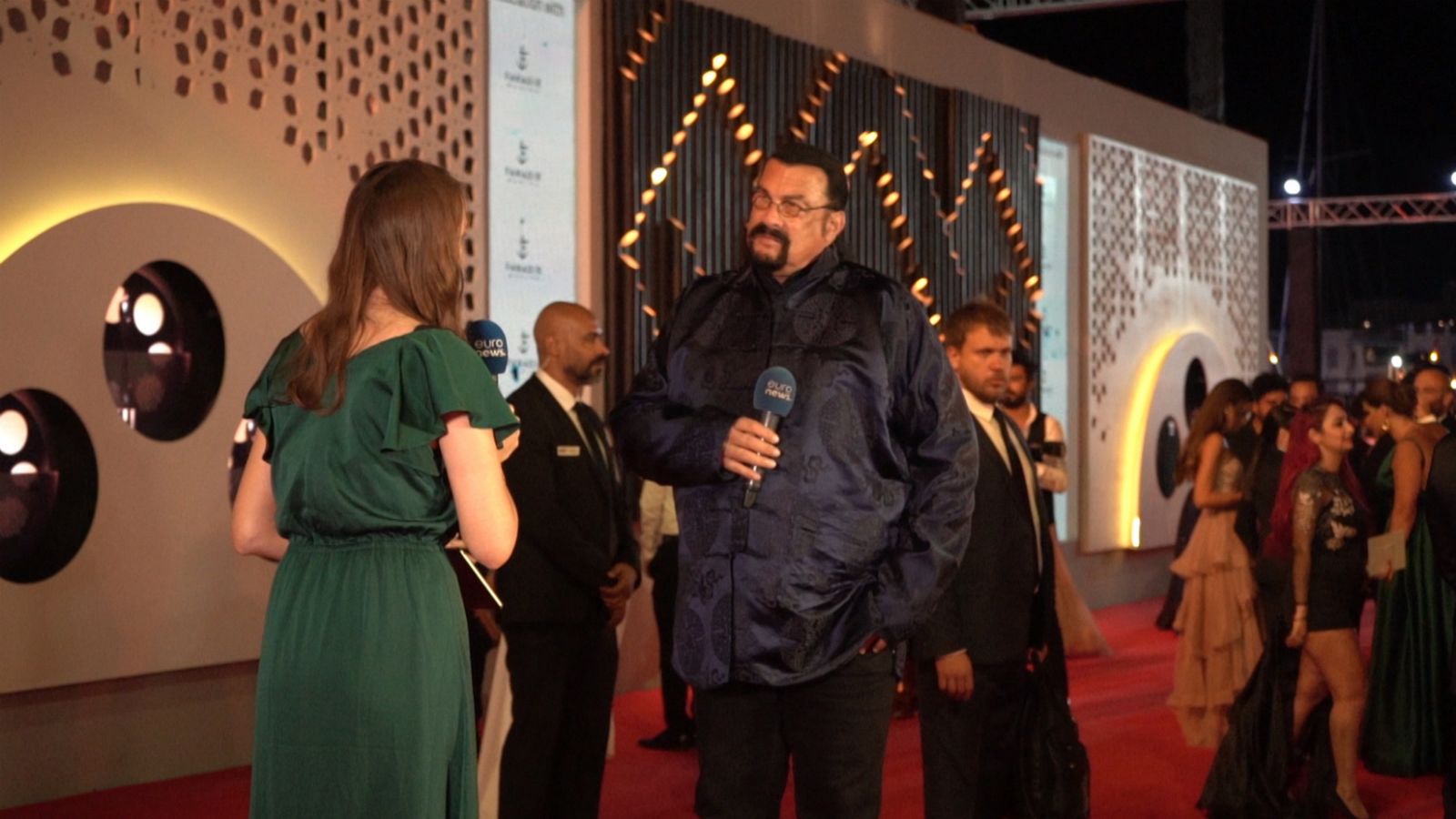 “I think that’s a little bit of a political question,” said Seagal, “But to be honest, I think in some areas there’s inspirational, wonderful progress and in other areas it’s kind of tail-spinning in another direction. So, it’s kind of two different worlds going in opposite directions.”

When asked what his advice to aspiring actors trying to break into the industry would be, the producer and performer had this to say:

“For me, in my humble opinion, it’s about doing things the way that you believe in. If you believe in something enough, if you have the right karma you’ll get in there and make it happen.”

With the El Gouna festival handing out awards to frontrunners in the regional film industry, Seagal was asked whether nominations for accolades like the Golden Globes, Emmy Awards and Oscars meant anything to him personally.

“In the highest spiritual sense, they don’t mean a lot,” he says. “But in the normal human world they mean a lot.”

Receiving the award for Best Actress at the El Gouna Film Festival was Tunisia’s Hend Sabry.

The 39-year-old is not only an actress, but a lawyer, and the first Arab woman judge at the oldest film festival in the world, Venice.

On screen, Sabry is known for being a fearless, feminist artist and her latest movie, Noura’s Dream, made its regional debut at El Gouna. 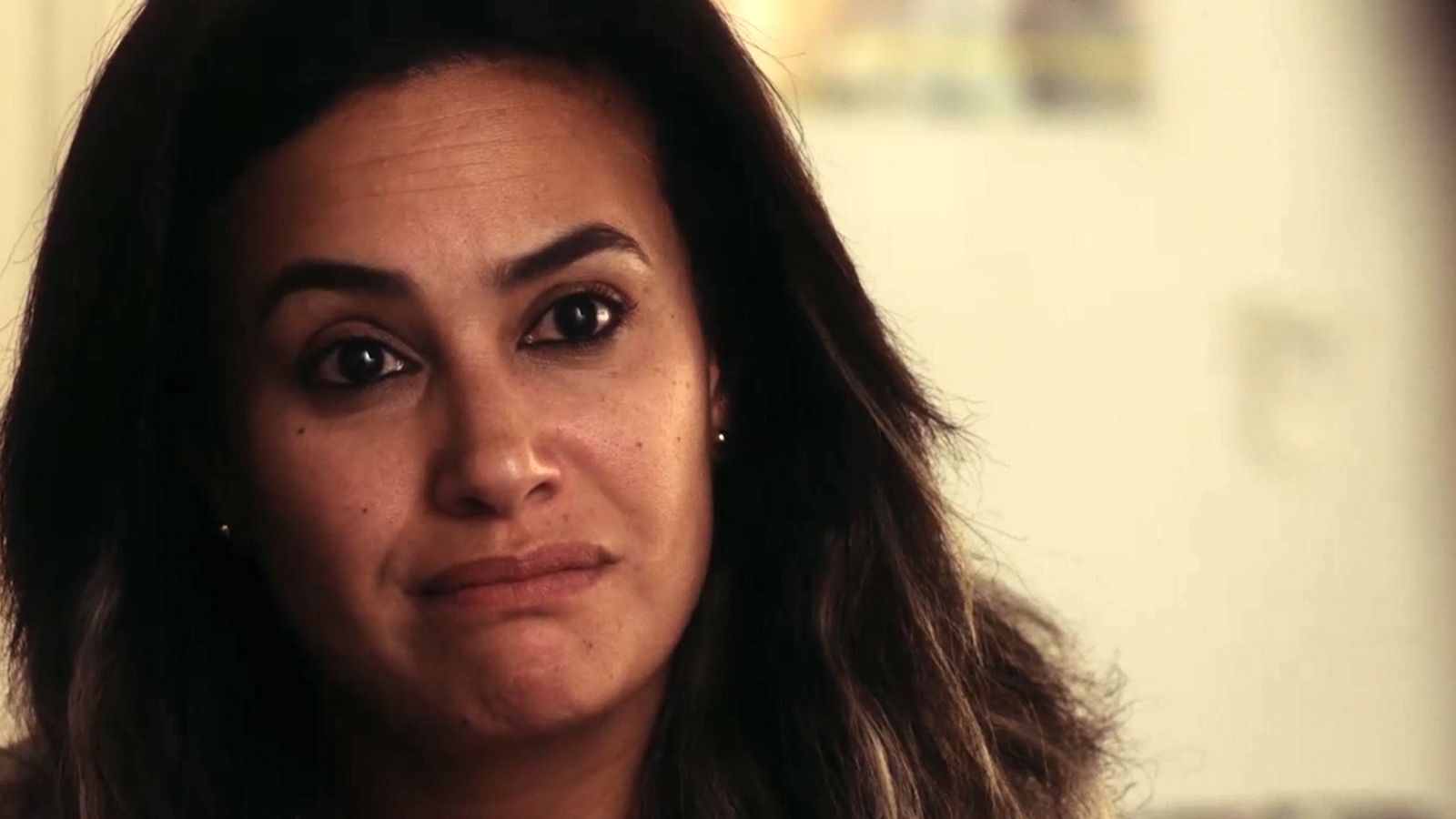 It tells of a wife whose abusive husband is in jail and who herself risks imprisonment to start a new life with her lover.

Sabry spoke to Inspire about how, following the film’s screening, audiences were taken aback by the gritty movie and its punchy script.

“There was two to three minutes silence after the movie ended,” she says. “Then the claps were a little bit, I don’t know, scared, shocked, surprised. Which is actually what cinema should create as a reaction.”

When pushed as to why she believed cinema-goers reacted this way, the actress pointed to a change in the way movies have been made in Tunisia for decades. 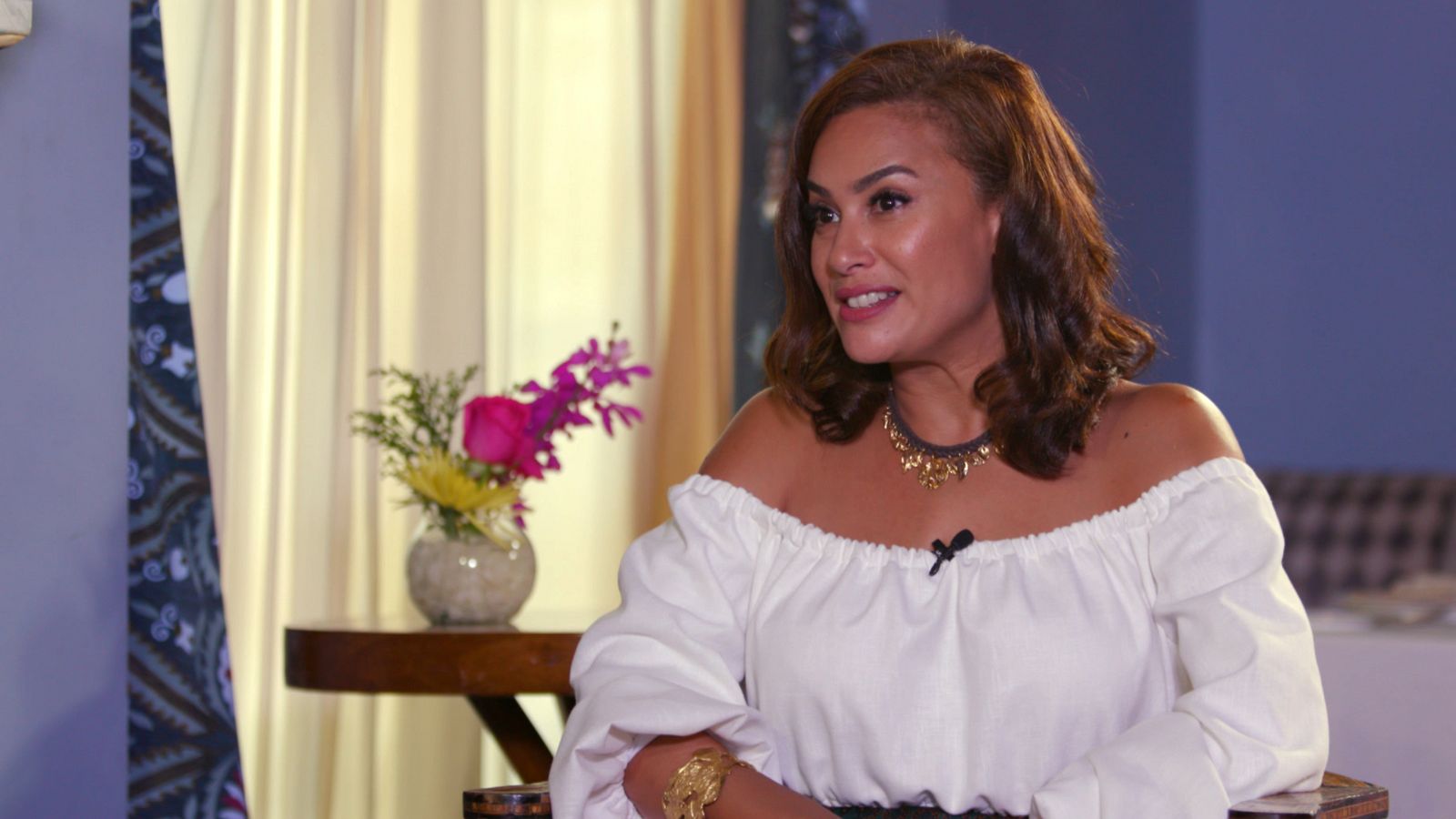 The actress, who has also recently released the horror movie The Blue Elephant 2, says that whilst she wouldn’t turn down an opportunity to work in the United States, it isn’t her top priority.

“I’m more needed in my Arab identity portraying different characters, than in Hollywood playing stereotypes, or creating an Arab identity that is one dimensional,” she says.

SUCCESS OF THE HANDMAID’S TALE

Another lady people clamoured to see at El Gouna was Lindsay Sloane, the head of scripted television and development at MGM Studios in Los Angeles.

She delivered a presentation on her handling of the production for The Handmaid’s Tale, the award-winning drama adapted from the dystopian novel by Margaret Atwood. 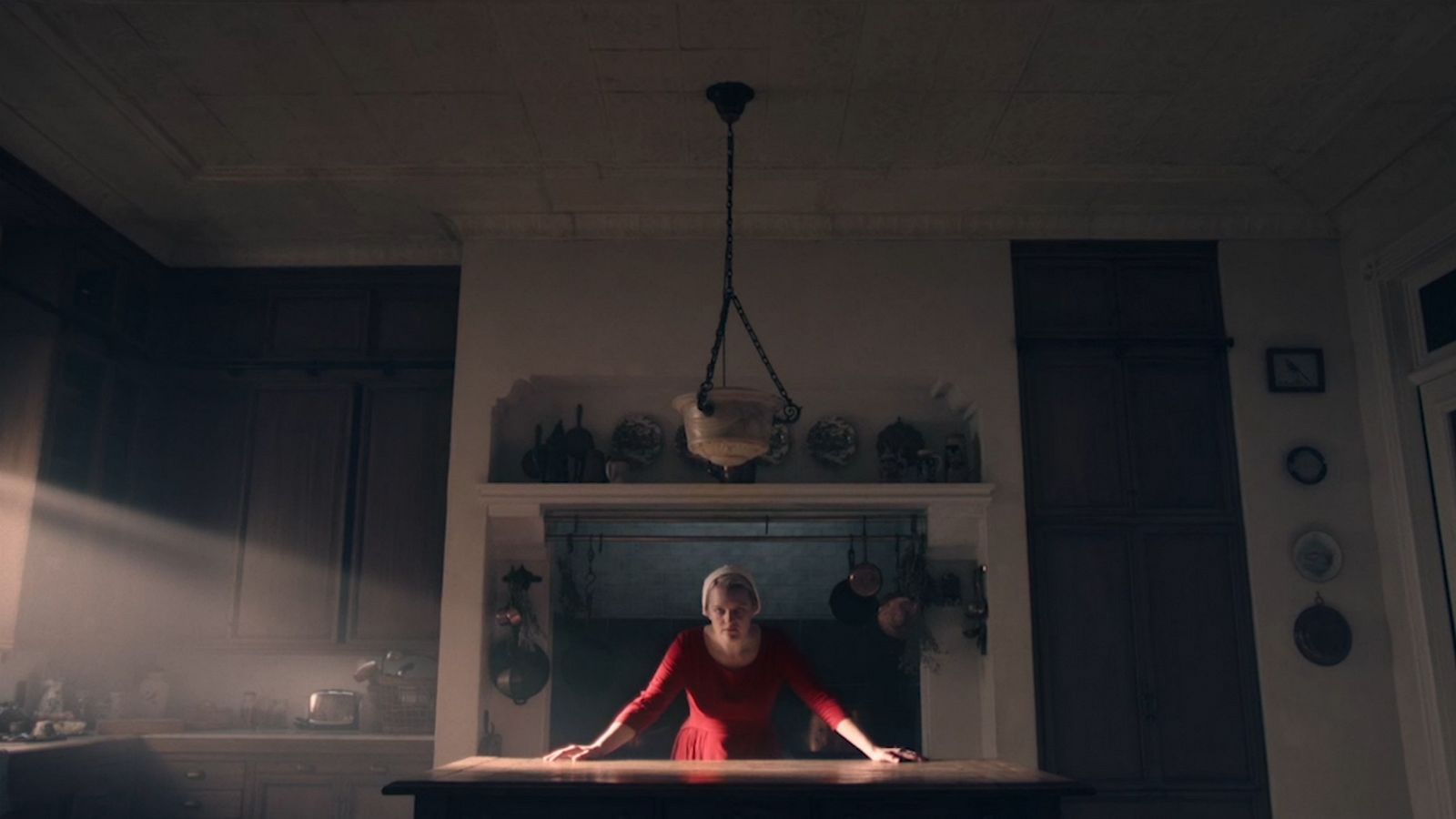 Sloane shared her thoughts on the popularity of the television series to date.

“I think when we were making it, we knew we had something special and we knew we were making a good show,” she says. “But you never know if it’s going to resonate with an audience. We’re very lucky. Our writers just started breaking season four and it will come out some time next year.”

Making comparisons between the early days of Hollywood’s film industry and the emerging sector in the Middle East and North Africa, Sloane said it was filmmakers’ knack for storytelling which united them worldwide. 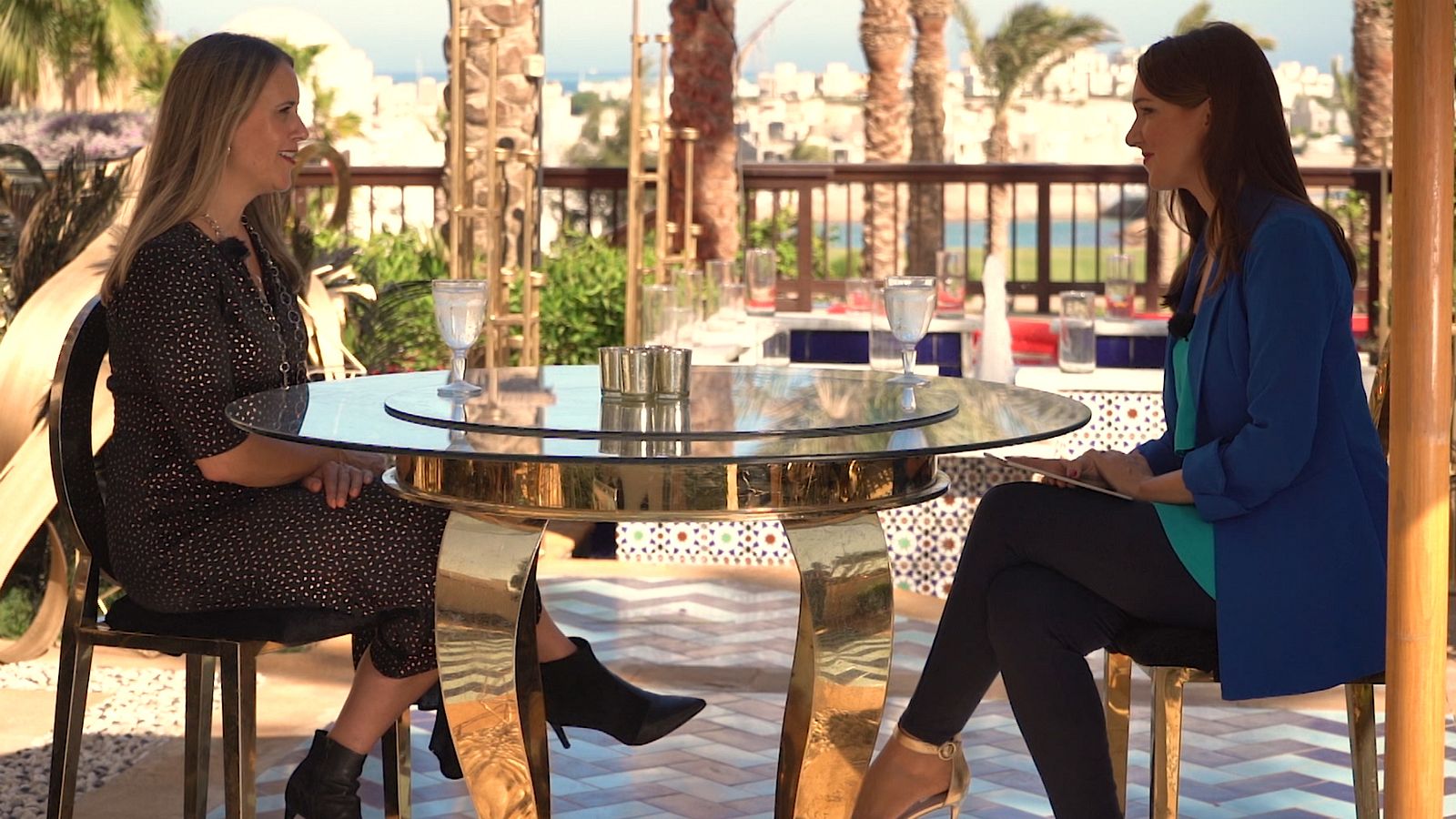 “I think there’s a lot of similarities with what’s going on in the region and what’s happening in the States,” she says. “You realise that people make art, and celebrate art, in very similar ways.”

Sloane is respected for having blazed a career path in a male dominated media and entertainment space.

She was the only female in her department during her early days at MGM, and before leaving El Gouna to fly back to L.A, she had these words of wisdom for women looking to follow a similar path to hers:

“I’d say, have an opinion and don’t be afraid to express it.”

What were the highlights of El Gouna Film Festival’s third edition?

Give Up The Ghost wins Best Arab Short Film

How do you get your movie seen around the world?