The world is losing ground against violence in the Sahel - UN 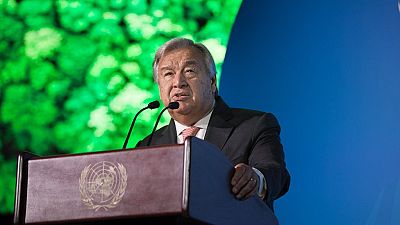 West African and international powers are failing to tackle the spiralling threat of Islamist militancy in the Sahel region, which is spreading towards the Gulf of Guinea, the United Nations Secretary-General Antonio Guterres said on Wednesday.

Groups with links to al Qaeda and Islamic State have strengthened their foothold across the arid Sahel region this year, making large swathes of territory ungovernable and stoking ethnic violence, especially in Mali and Burkina Faso.

France, the former colonial power in the region, intervened in Mali in 2013 to drive out Islamist militants who had occupied the north, but rather than stabilising the region, the situation has progressively worsened.

Let’s be clear, we are losing ground in the face of violence.

“Let’s be clear, we are losing ground in the face of violence,” Guterres told a high-level panel on the sidelines of the United National General Assembly.

“I know we are all very concerned about the continuing escalation of violence in the Sahel and its expansion to the Gulf of Guinea countries.”

In July, the U.N. said Islamist attacks were spreading so fast in West Africa that the region should consider bolstering its response beyond current military efforts.

France still has about 4,500 troops in the region as part of Burkina Faso counter-terrorism operations, while the United Nations operates a peacekeeping force in Mali of about 15,000 soldiers and police.

In 2017, five countries – Burkina Faso, Niger, Chad, Mali and Mauritania – backed by France, launched the G5 Sahel task force to combat the insurgents. But the initiative has been perennially underfunded.

“The risk of contagion towards other countries is there,” Burkina Faso President Roch Marc Kabore said. “The G5 states can’t handle this situation.”

Burkina is a landlocked country in West Africa that borders the Sahel region countries of Niger and Mali to the north where militant groups have carried out attacks for years.

Incidents of violence have now spread to Burkina’s southern border to the coastal West African countries of Togo, Benin, Ivory Coast and Ghana.

West African leaders have pledged $1 billion to combat the threat, but as with previous funding claims there is scepticism over the move.

France and Germany last month also began a new push to reinforce and train regional forces, while widening military cooperation with the regional ECOWAS bloc and countries in the Lake Chad Bassin.

“This is an initiative to get new forces into the Sahel, but an effort to reinforce local capacities so countries in the region can face the challenges in the long-term,” French Foreign Minister Jean-Yves Le Drian said.