Tanzania accused of hiding Ebola cases by WHO 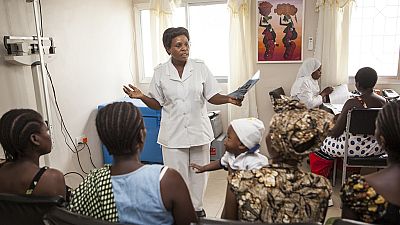 The World Health Organization has accused Tanzania of failing to provide information on suspected cases of Ebola in this East African country at the risk of hindering the fight against the spread of the virus, which has killed more than 2,000 people in the region.

“Despite several requests, WHO has not received any further details on these cases from the Tanzanian authorities,” the statement said.

On September 14, Tanzanian authorities officially assured that there was no Ebola in the country, while refusing a “secondary confirmation test” at a WHO centre, according to the UN Health Organization. Then, on Thursday 19, the WHO was informed that a contact of the patient was sick and hospitalized.

“To date, clinical details and results of the investigation, including laboratory tests performed for differential diagnosis of these patients, have not been reported to WHO. Insufficient information received by WHO does not allow hypotheses to be made about the possible cause of the disease,” the statement said.

“The limited official information available from the Tanzanian authorities is a challenge in assessing the risk posed,” WHO regrets.

The fact that “the initial patient travelled extensively in Tanzania and the uncertainty and lack of information surrounding these cases, which, if confirmed, would represent the very first Ebola epidemic in the country, meant that the risk was considered very high at the national level,” the statement said.

East African countries are on alert following the Ebola epidemic in the Democratic Republic of Congo, neighbouring Tanzania, which killed more than 2,100 people in just over a year.

Four people were diagnosed as carriers of the virus in Uganda and subsequently died. The current Ebola epidemic in the DRC is the second most serious in history, after the one that killed more than 11,000 people in Guinea, Sierra Leone and Liberia between 2014 and 2016.

The fight against its spread is hampered by the conflicts in eastern DRC, as well as attacks on medical teams.