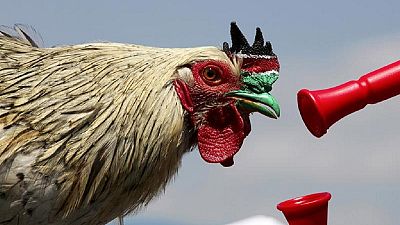 Police in Ethiopia’s Oromia region had to intervene between two traders in a local market after a cock belonging to one swallowed the gold earrings of the other.

The “agile” cockerel earlier this week snatched the 1.75kg earring from Hachaltu Bedira, a trader who herself sells chicken at the market in Woliso.

Police intervention was needed after the incident generated a disagreement. Eventually officers brokered a deal between the two traders. That the owner of the earring buys the cokerel.

The public broadcaster in Oromia, OBN Oromiyaa later said the new owner and her husband slaughtered the cock and retrieved the earrings.

We have an update?OBNOromiyaa reported Hachaltu has her husband slaughter the naughty rooster & extracted her gold earring of off its stomach?after that,Hachaltu & her family are enjoying the deliciousness of Ethiopian chicken stew (Doro Wot)! #HachaltuDecided! melonadamou pic.twitter.com/3XcRcSvl1D