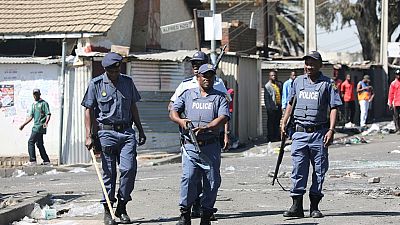 The international fallout from this week’s deadly riots and xenophobic attacks in South Africa continues, as African countries sending out strong messages protesting the treatment of their citizens.

South Africa’s president, Cyril Ramaphosa on Thursday pledged to tackle the issue with the seriousness it deserves, saying his country values its relations with the rest of the continent.

“Our country has been deeply traumatised …by acts of violence and criminality,” he said in a televised address. “There can be no excuse for attacks on homes and businesses of foreign nationals … (or) xenophobia.”

There can be no excuse for attacks on homes and businesses of foreign nationals.

While Ramaphosa confirmed that at least ten people had been killed during the past week, of whom two were foreigners, social media has been awash with stories of higher death tolls and gruesome accounts of the violence in the country.

In this story, we highlight the misleading and untrue stories that are being shared on several social media platforms.

Claim: Foreigners had to jump out of a building in Johannesburg, after it was set on fire by South Africans.
Fact: The video was not filmed in South Africa at all, but in India. It shows a horrific fire in the western Indian city of Surat, which killed 20 teenagers last May.

Those are ur fellow black people dropping from a burning 3storage building while u watch pic.twitter.com/4l9cfpjeag

“Enough is enough, we will address this once and for all this time. The information we have from the high commission and the consul general in SA is that NO NIGERIAN LIVE HAS BEEN LOST DURING THIS CRISIS.”- Minister of Foreign Affairs GeoffreyOnyeama pic.twitter.com/eJue0EFwHl

Claim: Foreign nationals have been set on fire by South Africans during this week’s unrest.
Fact: The video below first appeared in media reports in South Africa in January this year. The man was burned by a mob for allegedly stealing a handbag.

xenophobia: That picture of the Moambique man being burnt alive stuck in my mind for eternity.
I dont care who says what, we are a xenophobic lot, South Africa. No spinning cud explain how we can burn a human coz they dont have a Green Book. Never?? pic.twitter.com/vwsQLH3uyc

Claim: Armed Nigerians were engaged in a shoot-out with South Africans.
Fact: The people in the footage being shared on social media are actors.

There’s more stories,photos and videos being shared on social media, that are fuelling tensions in the country and beyond. Reprisal attacks and protests have been recorded in Zambia, Nigeria and the Democratic Republic of Congo.

The fallout has affected football, trade across the border and overshadowed the ongoing World Economic Forum in Capetown that was boycotted by the Nigerian vice president and other dignitaries.

As authorities in South Africa work to resolve the crisis, we all would do well to exercise caution and not share unverified information about the volatile situation.