TICAD is a 'begging meeting, disgrace to Africa' - Kenyan professor 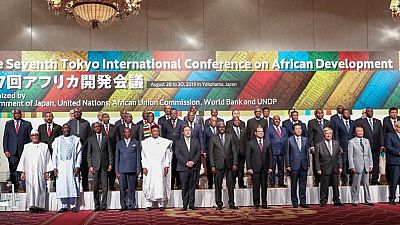 A Kenyan professor and human rights crusader has described the seventh Japan – Africa summit in Yokohama as a disgrace.

Over twenty African presidents were in Japan for the Tokyo International Conference on African Development, TICAD.

Prof. Makau Mutua, board chair of the Kenyan Human Rights Commission, KHRC, said in a tweet on Friday (August 30) that African leaders needed to quit attending ‘begging meetings’ and focus on making the continent an attractive investment destination.

Let’s make Africa an attractive destination for investment so we can stop begging. I can’t understand how African leaders can celebrate this atrocity! SHAME!

“TICAD is a disgrace to Africa. When will Africa stop these begging meetings? We should be ashamed of our leaders.

“Let’s make Africa an attractive destination for investment so we can stop begging. I can’t understand how African leaders can celebrate this atrocity! SHAME!” his tweet read.

The event held every three-years is co-hosted by the Japanese government and the African Union along with other development partners like the United Nations and the World Bank.

What analysts have called the scramble for Africa’s resources have largely been blamed on China’s overarching infrastructure and resource interest in Africa.

TICAD is seen as Japan’s own way of seeking to consolidate its influence across the continent much like with the Forum for China – Africa Cooperation, FOCAC.

Over 40 African leaders were in Beijing last year for FOCAC making it the most attended gathering of African leaders in the year under review. China has repeatedly said its relations with Africa remain mutually beneficial.