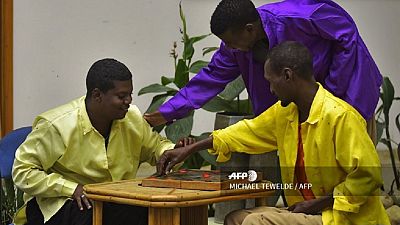 Ethiopian Yonas Getu Molla started chewing khat while studying architecture to get the energy to stay awake and study late into the night.

But when he and his friends closed their books, their hearts beat faster and they began to search for strong alcohol or cannabis to counteract the effects of khat, similar to those of amphetamines, in order to find sleep.

For Yonas, there is no doubt that the consumption of khat has led him to develop addictions to alcohol and drugs, and has cost him his career, his savings and the respect of his entourage.

Domestic consumption is also rising and particularly affects the student population of this country of more than 100 million inhabitants.

Getting over the addiction

In Mekele, the capital of the regional state of Tigray in northern Ethiopia, a state-of-the-art drug rehab center has helped him to give up all his addictions, including that of khat.

Considered a narcotic in many countries, khat is allowed and very commonly used in Ethiopia and more generally in much of East Africa, where it is perceived more as a cultural activity than a social problem. .

There is no consensus among public health experts on the level of dependency on khat. The World Health Organization (WHO) considers it less addictive than alcohol or tobacco.

Some argue, however, that khat feeds pathologies such as depression.

And regular consumers interviewed by AFP evoke long-term effects: loss of appetite, damaged dentition, lack of sleep, not to mention the significant repercussions on the finances of some households.

Clinical psychologist Welday Hagos, director of the Mekele Center – the country’s only drug and alcohol detox facility – considers not only khat as a drug but believes that its use is the gateway to more substances. hard.

According to him, more than 80% of the 500 or so patients he has dealt with since opening the center in 2015 began an addiction to alcohol or drugs by consuming khat.

Weaning khat – also called “miraa” in Kenya or Tanzania – is accompanied by side effects ranging from irritability to nightmares to very sudden changes in appetite, says Welday Hagos.

In the detoxification center he manages, this weaning goes through individual and group therapies, medications if necessary, sports practice, library attendance, “spiritual” sessions, meetings with former addicts … Mobile phones and tablets are banned, visits and contacts with the outside are limited.

Welday Hagos believes that “we are not going in the right direction: we need to increase the knowledge of the people about the consequences of khat consumption.”

It remains legal in Ethiopia, where khat is even the second largest export post behind coffee, especially to Djibouti and Somalia.

Domestic consumption is also rising and particularly affects the student population of this country of more than 100 million inhabitants, says Welday Hagos, referring to several studies on the subject, including one dating from 2018.

Several campaigns launched by civil society groups have failed to obtain the ban, as is the case in Britain or the United States.

Khat has its fervent supporters in Ethiopia, as AFP has recently seen in “Little Mogadishu”, a district of the capital Addis Ababa.

Every afternoon, the drowsy streets come alive with the arrival of a pickup truck filled with khat freshly harvested fagots, directly from the city of Harar (northeast), one of the main production centers of the country.

A group of five young friends, who once bought their khat, installed their plastic stools in a circle on the sidewalk and extolled the virtues of the euphoric plant, sheltered by a parasol .

According to them, khat acts as a painkiller, an antidepressant and allows to ignore hunger; it also has the merit of appeasing the frustrations of the population and reducing men’s sexual appetites, which allows them to remain faithful to their spouse (s); and the one who consumes him at work, they add, can reach a state called “merkana”, a concentration at once intense and joyful, which increases productivity.

The five young friends show little patience when talking about the risks that khat consumption will lead to other addictions.

“People who say that were already alcoholics or were using drugs,” says one of them, Ousman Abdulahi. “When you consume khat, it only strengthens your concentration,” he says.

Still, patients at the Mekele Detox Center believe that their lives have been destroyed by khat.

Mohammed Kelifa, 30, has been absorbed daily for nine years. He spent his nights eating – while talking to women on Facebook. His wife has filed for divorce.

Mohammed is confident that his three-month course of treatment has allowed him to end khat. He is now ready to rebuild his life. “I want to remarry, build a family and again inspire respect.”

“Most people who leave this place are afraid to relapse but I do not have that fear.”