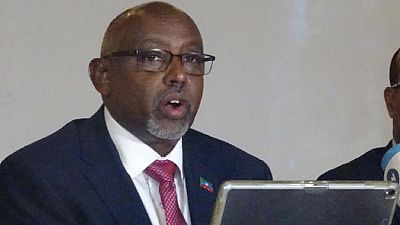 Former Ethiopian rebels, the Ogaden National Liberation Front, ONLF; have made pronouncements about political developments in the country.

At a press conference in the capital Addis Ababa on Wednesday (August 21), its chairman Abdirahman Mahdi Madey spoke about ONLF’s position principally on elections slated for next year.

“ONLF believes that the election should take place on time. If for any reason the election is postponed there should be a mechanism to integrate other opposition forces and liberation forces into the federal structure so there could be a power sharing and genuine representation for all,” Abdirahman told local media.

The group are largely based in the eastern Somali regional state and only in October 2018 returned from exile. They had been based in Eritrea and agreed to return home to pursue peaceful political struggle after agreeing a deal with the federal government in October 2018 in Asmara.

Their fighters returned home after which leadership also flew into Addis Ababa. ONLF said they will maintain their liberation credentials despite planning to register as a national party with the election board.

The group describes itself as one that: “struggles for the right of self determination of all Somalis in Ogaden. “ONLF categorically declares that it will pursue the rights of Somali people and that of all nations in Ethiopia through peaceful political means,” Abdirahman added.

The 2020 polls have been a crucial talking point in Ethiopia’s political reform arena. The ruling Ethiopian People’s Revolutionary Democratic Front, EPRDF; has stressed their desire to ensure that the polls hold according to schedule.

Opponents have said challenges such as insecurity and need for political reforms are crucial before the polls are held. Waves of unrest in different parts of the country have forced further postponement of a long-delayed national census.

But opposition parties are keen to avoid any delays despite outbreaks of ethnic violence that have contributed to the displacement of 2.4 million Ethiopians. Ethiopia is Africa’s second most populous nation.

But ONLF believes“the federal arrangement is still incomplete and needs to be improved; and the rights [enshrined] in the constitution for self-administration need to be implemented.” ONLF also believes that all nations are “not equal in the federal structure” & that must change. pic.twitter.com/mF5V3VgdK1