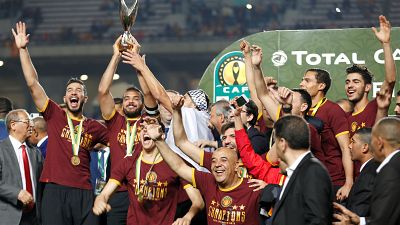 Tunisia’s Esperance were declared winners of the African Champions League by CAF on Wednesday following a long legal battle after Wydad Casablanca stormed off in protest during the second leg of the final in May.

Wydad “is considered to have lost the game”, African football’s governing body said in a statement.

The Moroccan side walked off an hour into the return leg in Tunis after a VAR malfunction meant a disallowed equaliser could not be reviewed.

“The decision means Esperance are champions,” a CAF source told AFP under the condition of anonymity.

Wydad were issued a fine of $20,000 for abandoning the match and another $15,000 for the use of flares by supporters.

Esperance, who retained their title won in 2018, were fined $50,000 over the use of smoke bombs and projectiles. They were ordered to play two matches behind closed doors — a punishment suspended for 12 months.

CAF had called for the second leg to be replayed at a neutral venue, but that decision was overruled last week by the Court of Arbitration for Sport (CAS).

Esperance, who led 2-1 overall at the time, were initially handed the title, but CAF later backtracked after ruling that “playing and security conditions were not met”. Both clubs subsequently lodged appeals with CAS.

The fiasco prompted CAF to reduce both the Champions League and Confederation Cup finals from two legs to one match at a neutral venue from next season.