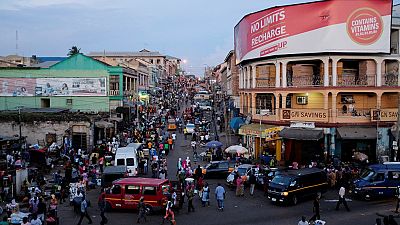 Alex Korankye, a father of one of the three kidnapped girls in western Ghana has rejected a police forensics investigation into body parts retrieved late last week.

According to him, the police could not be trusted over the investigation and that the families were demanding an international probe. he said it was the only basis on which he will cooperate in a DNA test.

“I cannot avail myself to that DNA test they are going to do. I have come to realize that I don’t believe in whatever has happened and that the bones found in that cesspit can’t be that of my daughter,” he told local news portal Joy FM.

“All this while, were they deceiving us, and if they were deceiving us how true is this test going to be? I don’t trust this test,” he added.

Top government officials and the police administration had in the past stressed that three girls’ location were known and that they will be retrieved alive.

The events of last week where body parts were retrieved from a cesspit behind the home of the Nigerian kidnapper has gotten most Ghanaians calling for the head of the police CID boss.

Maame Tiwaa was on record as saying police knew the location of the girls and were working towards rescue. She later clarified that her claims were to give the parents “hope” triggering a huge social media backlash.

“The Three Kidnapped Takoradi Girls” have been the subject of a sustained media and citizen campaign charging the police to get to the root of the matter.

All the girls were reportedly kidnapped in Takoradi, capital of the oil-producing region. “Taadi” is a short form for Takoradi. Priscilla Mantebea Koranchie (15 years) was last seen on December 21, 2018.

But before her incident, another 18-year-old Ruth Love Quayson had been kidnapped on the 4th of December. The other victim Priscilla Blessing Bentum also believed to be kidnapped was last seen on 17th August, 2018.

#BringBackOurTaadiGirls months back trended on especially Twitter demanding concrete police action. The police and government have at different times give assurances of “action.”

Despite police assurances, arrests and prosecution on the issue, father of the 15-year-old victim said he believed his daughter had been killed. Parents of the other girls have openly accused the police for toying with their emotions.