Mogadishu's mayor dies in Qatar while getting treatment for wounds 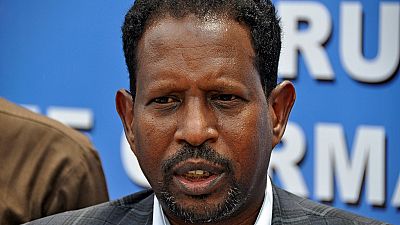 The mayor of Somalia’s capital Mogadishu has died of wounds sustained in a suicide bomb attack on his office, government officials said on Thursday. He died in Qatar where he had gone for treatment after the attack.

Abdirahman Omar Osman was a naturalised Briton who returned to Somalia to help rebuild the war-torn country after serving as a councillor for the Labour party.

He sustained serious injuries when a suicide bomber from the al Shabaab militant group struck while a meeting was being held at the municipal government headquarters last week, killing six senior local government officials.
Officials said the mayor had been airlifted to Qatar for treatment together with nine others.

“The Mogadishu mayor has died today in Qatar. May Allah rest his soul. The other injured ones are still being treated there in Qatar,” Saleh Omar Hassan, the spokesman for Mogadishu local government, told Reuters.

President Mohamed Abdullahi Mohamed declared three days of mourning for the mayor, ordering that flags be flown at half-mast.

Osman had previously served as Somalia’s information minister, a post he had been appointed to in 2010. He became mayor of Mogadishu last year.