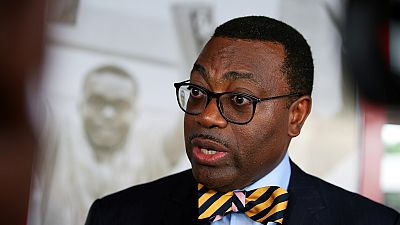 In a bid for Africa to benefit from a new $3.4 trillion economic plan, president of the African Development Bank, Akinwumi Adesina, is pushing African countries to boost output of goods and services and incorporate payment systems.

He said African nations will need to boost output of goods and services and integrate payment systems if they are to take advantage of a new $3.4 trillion economic initiative.

It should be recalled that continental free-trade zone was launched this month in Niger which, if successful, will usher in a new era of development for an area with a population of 1.3 billion people.

Africa cannot be a market where others simply import and put stuff in, Africa has to have its own industrial capacity.

“Africa cannot be a market where others simply import and put stuff in, Africa has to have its own industrial capacity to be able to take the advantage of a 3.3 trillion dollar market with the African Continental Free Trade Area, so Africa has to industrialize. Industrialization is critical, it is not just about moving raw materials, it is value added products, Adesina added.

Adesina noted that he expected industrial manufacturing capacity in Africa to increase, while financial markets would integrate and food production expands.

“The African Development Bank, last year, we launched what is called the Africa Investment Forum where we brought in the world of investors to Africa, and here is what happened, in less than 72 hours we mobilized 38.7 billion dollars for Africam that tells me the opportunities are there if we can get the business and investment regulatory environment to work,’ he said.

According to Adesina, African countries need to mobilize more domestic resources, and encourage sovereign wealth and pension funds to invest in infrastructure.

It is hoped that the 55-nation African Continental Free Trade Area – the largest bloc since the creation of the World Trade Organization in 1994 – will help unlock Africa’s long-stymied economic potential by boosting intra-regional trade, strengthening supply chains and spreading expertise. 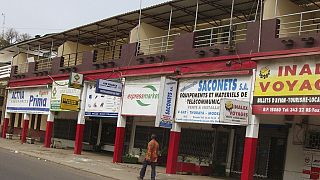