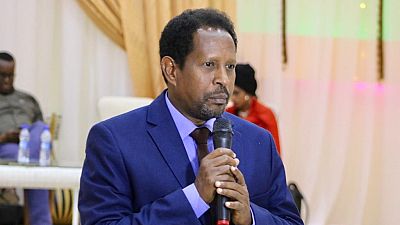 <p>Mayor of the Somali capital, Abdirahman Omar Osman, was injured on Wednesday after what is suspected to be a suicide attack at the Banadir administration headquarters in Mogadishu.</p> <p>Seven officials were killed in the said attack which happened moments after the United Nations, UN, envoy to Somalia, James Swan, left the premises.</p> <p>Swan had met with Mayor Omar Osman and other officials of the capital for talks. His office has since issued a stern statement condemning the incident.</p> <p>According to further reports, security briefings had preempted that such an attack was imminent. Authorities are still probing how today’s incident breached all security protocols. </p> <p>A <span class="caps">VOA</span> journalist, Harun Maruf, however reports that it is yet to be firmly established whether the attack was a suicide attack or an implanted bomb. In Somalia, the city mayor is also Governor of the Benadir Region.</p> <p>Mayor Osman has previously worked in ministerial capacities including: Ministers of Information and Treasury. he has also acted at a point as government spokesperson and senior advisor to President/PM.</p> <p>One report also confirmed that gunmen had fired mortars at the presidential palace earlier in the day.</p> <p>Al-Shabaab confirmed that they were behind the attack. Somalia continues to suffer from the impact of insurgency waged by the Al-Qaeda affiliated group.</p> <p>The insurgents have routinely launched attacks in parts of the capital using suicide bombs and improvised explosive devices, <span class="caps">IED</span>s, which have often claimed lives and led to destruction of property.</p> <p><a href="https://www.africanews.com/2019/07/16/somalia-to-honour-tv-host-killed-by-al-shabaab-with-annual-award/">Hodan Nalayeh: Somalia to honour diasporan TV host killed in Kismayo attack</a></p> <p>One of their recent <a href="https://www.africanews.com/2019/07/13/somalia-at-7-dead-in-shebab-attacked-including-2-journos/">high-profile</a> attacks was in the Jubaland capital of Kismayo. The 14-hour assault on a popular hotel led to the deaths of 26 people according to official records. An attack was also recorded on Monday <a href="https://www.africanews.com/2019/07/22/loud-explosion-and-gunfire-heard-in-somali-capital-mogadishu/" class="July 22">in Mogadishu</a>.</p> <blockquote class="twitter-tweet"><p lang="en" dir="ltr">Breaking: Reports of a mortar attack in areas close to the Presidential Palace in Mogadishu – security source. 3-4 rounds of mortars hit residential areas near 15 May School and civilian residents, unclear if there are any casualties – per sources. <a href="https://t.co/D08TeAkCUx">pic.twitter.com/D08TeAkCUx</a></p>— Harun Maruf (@HarunMaruf) <a href="https://twitter.com/HarunMaruf/status/1153985930958651392?ref_src=twsrc%5Etfw">July 24, 2019</a></blockquote> <script async src="https://platform.twitter.com/widgets.js" charset="utf-8"></script> 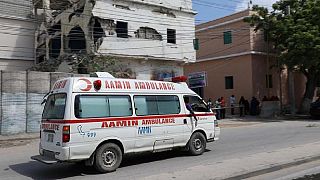 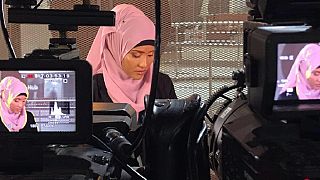 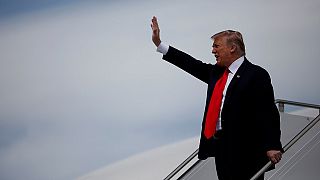