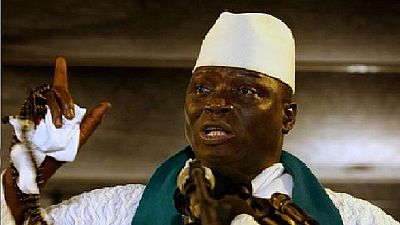 <p>A Gambian army officer on Monday accused ex-president Yahya Jammeh of ordering the 2004 murder of journalist Deyda Hydara and admitted he was involved in the killing.</p> <p>Hydara, who was editor and co-founder of the independent The Point daily and a correspondent for <span class="caps">AFP</span> and Journalists Without Borders (<span class="caps">RSF</span>), was killed by unidentified gunmen in his car on the outskirts of the Gambian capital Banjul in December 2004.</p> <p>The murder was widely condemned locally and abroad as another sign of Jammeh’s despotic rule and his stifling of all opposition in tiny West African nation.</p> <p>“We opened fire, myself, Alieu Jen and Sana Manjang,” Lieutenant Malick Jatta said at the public hearing before a truth commission, naming two other military officers in Hydara’s killing.</p> <p>“Our commander, Captain Tumbul Tamba was communicating to the former president, Yahya Jammeh on the phone during the operation. He saying to him, ‘Yes Sir, Your Excellency,’” he said.</p> <p>Jatta told the commission his commanding officer later gave him an envelope containing dollars, which he said was a “sign of appreciation from the big man”, a reference to Jammeh.</p> <p>“I would be certain that it was from the former president. Tumbul had no source of gathering dollars,” he said.</p> <p>Jatta said one of the cars used during the assassination was from Jammeh’s fleet and normally parked in the strongman’s former garage in Kanifing outside Banjul.</p> <p>Jammeh had said in an interview on Gambian state television that the government had “no stake” in the killing. He hinted that Hydara’s love life had led to the murder.</p> <p>In 2017, <span class="caps">NGO</span>s and families of victims killed during Jammeh’s rule, including Hydara’s son, launched an international campaign aimed at bringing the former despot to justice.</p> <p>Pap Babucarr Saine, Hydara’s colleague and managing editor of The Point told the truth commission earlier that Hydara was killed for writing about the rampant corruption that marked Jammeh’s rule.</p> <p>“He was always sensitising the populace on the corrupt practices of the regime as well as the rights violations that were taking place at the time,” local newspapers quoted him as saying.</p> <p>Jammeh seized power in a bloodless coup in 1994 and ruled with an iron fist for 22 years.</p> <p>His refusal to leave power after losing a presidential election sparked a regional crisis in West Africa, which ended when Jammeh agreed to live in exile in Equatorial Guinea.</p> <p><strong><em><span class="caps">AFP</span></em></strong></p>

Our commander, Captain Tumbul Tamba was communicating to the former president, Yahya Jammeh on the phone during the operation. He saying to him, 'Yes Sir, Your Excellency'. 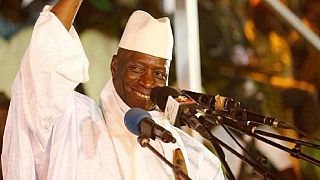 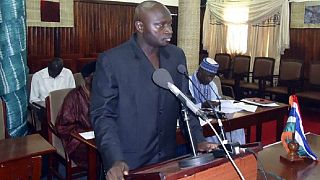 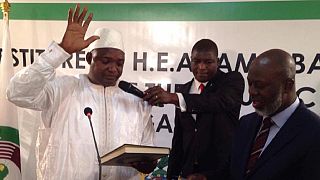