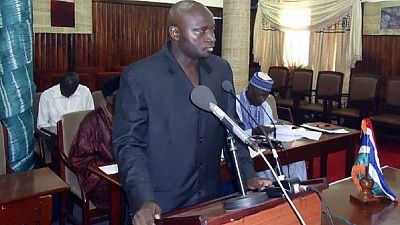 Gambian authorities have confirmed that they are not seeking the extradition of a former interior minister currently being held by Swiss authorities, the local SMBC News reports.

The Gambia is however liasing with Switzerland and assisting with necessary support in the human rights abuse case that Ousman Sonko is currently facing.

“We are cooperating in their investigations and prosecution of Ousman Sonko [in Switzerland],” Attorney General Aboubacarr Ba Tambadou is reported to have said over the weekend.

We are cooperating in their investigations and prosecution of Ousman Sonko [in Switzerland].

The Gambia has issued arrests warrants for Sonko in relation to seven deaths under Jammeh’s watch. One of them being the killing of an ace journalist Deyda Hydara in December 2004.

Sonko, considered a top ally of former leader Yahya Jammeh has been in Swiss detention since January this year. The authorities confirmed that he will remain in the Swiss jail for another three months.

The reason for his prolonged detention being that Gambia’s attorney general (AG) had broadened an investigation into whether he committed crimes against humanity. The AG’s office said it had since expanded its probe beyond the original allegations after hearing testimony from witnesses and after additional complaints were lodged against Sonko.

Sonko has been in pre-trial custody since January after the Geneva-based legal group Trial International filed a criminal complaint accusing him of having personally taken part in torture.

Sonko was interior minister from 2006 to 2016, when he fled to Sweden and thence to Switzerland, where he applied for asylum in November and was taken into police custody in January.

He served under former leader Yahya Jammeh, who fled into exile after losing an election to Adama Barrow in December. Jammeh has denied allegations of torture and killing opponents during his 22 years in power.