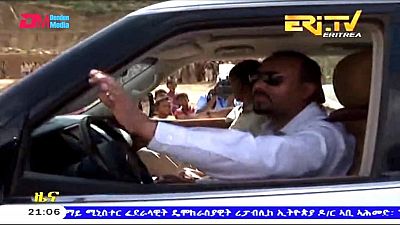 The Ethiopian Prime Minister on Thursday arrived in Eritrea for a two-day official visit with the two leaders discussing issues of bilateral and regional interest, according to Eritrean Information Minister.

Abiy opted to drive his host, Isaias Afwerki, when the two leaders inspected some projects as part of his trip.

Some Eritreans on Twitter are sharing a photo that showed Abiy in the driver’s seat whiles Afwerki occupied the seat next to him of a white Toyota Landcruiser which was part of a convoy they drove in. 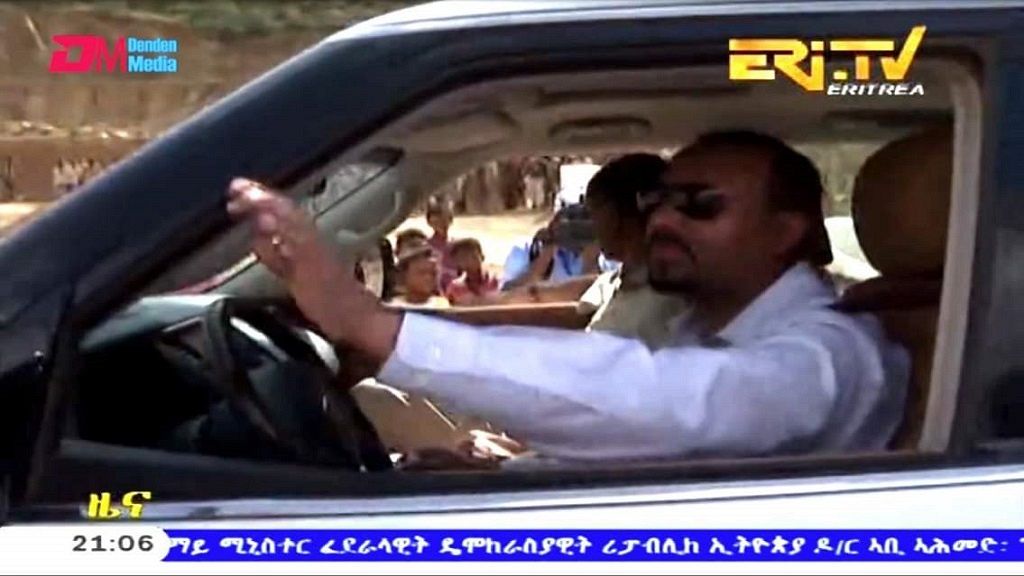 Eritrean State TV also showed Abiy and his delegation at a point walking through the streets in a part of the country fraternizing with onlookers who cheered at them.

It is not the first time Abiy has undertaken such a gesture. last year he opted to drive the Crown Prince of the UAE, Mohamed Bin Zayed, when he visited Ethiopia.

July 18 marked exactly a year since the two countries resumed flights between their respective capitals after 20 years. During the two decades they were in a state of diplomatic standoff over a border town awarded to Eritrea by international arbitration.