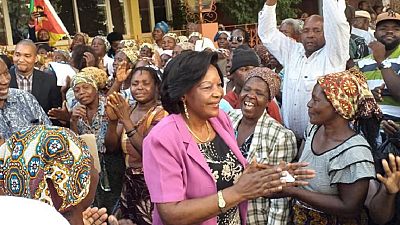 Mozambicans will for the first time have a woman on the ballot paper when they go to the polls in October this year to vote for a president.

Maria Alice Mabota, a revered human rights activist and former president of the Mozambique Human Rights League, has filed her papers on the ticket of a number of parties.

She will contest as candidate of a coalition, the Democratic Alliance Coalition, CAD, a group of six parties that she ia not a member of any but was chosen to run on their ticket.

She becomes the fifth candidate to file papers for the October 15 vote which will have President Filipe Nyusi contesting for another term in charge of the southern African nation.

A local website quoted her as saying: ““I am not scared. I know I will face stones and boulders, but I cannot give up”.

She stressed that despite spending over three decades fighting for justice, she was was on a mission to rescue Mozambique, “… the country is now going backwards in terms of the rule of law,” she is quoted to have said after filing.

For the 1st in Mozambican history, a woman will run for president. Alice Mabota is a lawyer & a leading human rights activist. Back in the 90’s she was one first people to publicly challenge government abuses. She is a smart, fierce woman… and one of my favorite people.?? pic.twitter.com/lnTdHbpxbw

Other candidates who have filed their nominations include: