A look at the AFCON 2019 quarter-finals 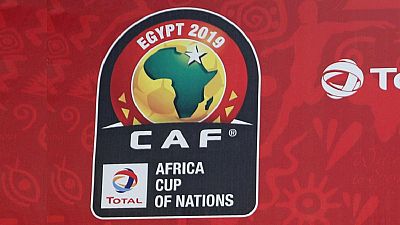 Tunisia became the last team team to book its place in the Africa Cup of Nations quarter finals, when it knocked out Ghana in a post-match penalty shootout on Monday.

In this article, we’ll preview the quarter final fixtures and explore the reasons behind the introduction of the Video Assistant Referee (VAR) system at this stage.

This fixture takes place at the 30 June Stadium in Egypt’s capital, Cairo pitting the Lions of Teranga against the Squirrels of Benin.

The two teams, who have never won the prestigious prize, will be hoping to book a place in the semi-finals and take a step towards making history.

Sadio Mane’s Senegal go into the match as favourites, but will be wary of a Benin side that is yet to win or lose a match at the tournament, having held football giants like Cameroon, Ghana and Morocco to stalemates.

‘‘We should give every team its right and respect Benin. There are no small teams in Africa, the quality is very similar. While we might be favorites on paper, papers don’t decide anything,’‘ said Senegal’s coach Aliou Cisse.

‘‘Our presence at this stage is not out luck, we worked hard and I believe in my players,’‘ argued Benin’s coach, Michel Dussuyer.

Senegal and Benin have not met before in AFCON history.

Three-time African champions Nigeria, will take on South Africa’s Bafana Bafana who won the tournament when they hosted it in 1996.

The Super Eagles who overcame their nemesis Cameroon in the Round of 16 will be hoping to avoid the fate of hosts Egypt, who were upset by South Africa in the previous stage.

‘‘We’re preparing very well for the game because it will be very difficult and against a strong team,’‘ Nigeria’s star forward Odion Ighalo said ahead of the July 10 fixture at the Cairo International Stadium.

South Africa beat Nigeria away in their opening match of the AFCON qualifiers in June 2017, and were held 1-1 in the return fixture.

‘‘Nigeria is one of the best teams in the tournament and it’s going to be a difficult match,’‘ conceded South Africa’s coach, Stuart Baxter.

Algeria who have won all their four matches and are yet to concede a goal at the tournament are favourites to go all the way to the final, but they have to overcome Ivory Coast in the July 11 quarter-final in Suez.

“Algeria have shown that they are good at all levels. They are very powerful. They are the best team at the moment,” said Guinea’s losing coach Paul Put.

Ivory Coast, who lost to Morocco in the group stages have won matches against Namibia, South Africa to reach this stage.

Tournament debutants Madagascar, who have been impressive in the tournament take on Tunisia, who are also yet to win or lose a match, in the quarter-final on July 11 at the Al Salam Stadium.

Madagascar, who shocked fans with a 2-0 group stage victory over Nigeria, will be hoping to continue the fairytale story that saw them qualify for Africa’s biggest football tournament for the first time.

This will be the first time the two teams meet at Africa’s biggest football tournament.

VAR to be used

The Confederation of African Football (CAF) has announced that VAR system will be introduced from the quarter-final stage of the tournament.

The system, that has caused controversy in other football tournaments had originally been left out in the opening rounds as a “measure of prudence”.

“Those countries that use VAR did not rush into it from the start. It’s a technology that a lot of people don’t completely use yet,” CAF president Ahmad Ahmad told reporters before the tournament.

Several marginally offside calls and an erroneous handball decision, which Ghana felt might have contributed to their early exit from the tournament, have been the extent of controversy in the tournament traditionally filled with refereeing controversy.