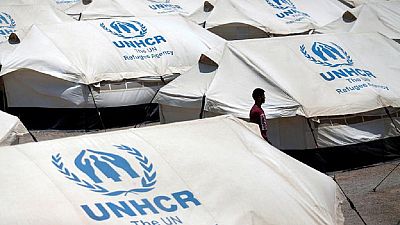 The United Nations Refugee Agency, UNHCR, is appealing to Eritrea not to close the country’s only refugee camp, which incident will affect largely Somali inhabitants.

Reports indicate that Umkulu refugee camp had seen hundreds of refugees abandon it in recent weeks, amidst reports that local authorities had asked residents to leave.

“We call on the Eritrean authorities to continue to work with us on securing protection and solutions for refugees who remain in the country,”said Raouf Mazou, Director of UNHCR’s Regional Bureau for Africa.

Closing a camp which has hosted Somali refugees for close to twenty years without offering alternatives raises serious concerns.

Umkulu camp is located some 10 kilometres from the Red Sea port town of Massawa. According to UNHCR records, as of mid-June, the camp hosted more than 2,100 Somali refugees.

Of these, 1,300 people have now arrived in northern Ethiopia. The Eritrean government has yet to officially react to the appeal.

UNHCR said it was coordinating with the Ethiopian authorities to relocate the 1,300 refugees who arrived in Ethiopia away from the border and to transfer them to Melkadida in the Southern part of the country.

The first relocations are expected to start on Wednesday, 3 July 2019. Ethiopia is host to some 257,000 Somali refugees.