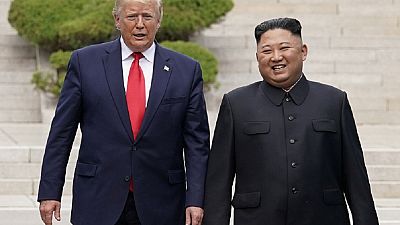 The two leaders met at the demilitarized zone inside North Korea that borders with South Korea raising hopes for a revival of stalled nuclear talks.This is the third time in just over a year that Trump and Kim have met, and four months since their second summit in Hanoi, Vietnam broke down.

Trump had earlier on met with South Korean President Moon Jae-in for talks in Seoul on Sunday. Trump arrived in Seoul late on Saturday (June 29) for talks with Moon after attending a Group of 20 summit in Osaka, Japan, during which he made a surprise, spur-of-the-moment offer to meet Kim.