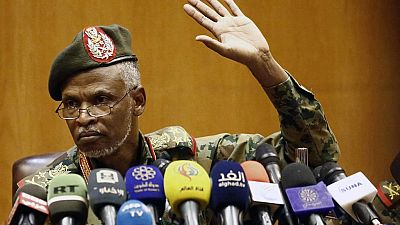 Sudan’s ruling military council said on Friday a proposal submitted by the African Union (AU) and Ethiopia received on June 27 is suitable for the resumption of talks with the opposition on a transition to democracy.

The generals and the opposition coalition have been wrangling for weeks over what form Sudan’s transitional government should take after the military deposed long-time president Omar al-Bashir on April 11.

Mediators led by the AU and Ethiopia’s Prime Minister Abiy Ahmed have since been trying to broker a return to direct talks between the two sides.

An earlier proposal tabled by Abiy was accepted by the protestors but dismissed by the army, which called for Ethiopia’s mediation plan to be merged with that of the African Union.

On Thursday they presented a joint proposal to the two sides, after the military council rejected a previous Ethiopian proposal and called for mediation efforts to be unified.

A draft of the joint proposal seen by Reuters suggested few changes from a previous Ethiopian proposal that a coalition of protesters has endorsed.

“A number of points have emerged around it, but in general it is a suitable proposal for negotiations to reach a final agreement leading to the establishment of the institutions of a transitional rule …,” council spokesman Lieutenant General Shams El Din Kabbashi said.

The joint proposal provides for a sovereign council that would oversee the transition, made up of seven civilians and seven members of the military with one additional seat reserved for an independent member. The balance of membership of the council had been the sticking point during weeks of talks after Bashir’s ousting.

However, the make-up of a legislative council would only be decided after the agreement was signed. In previous drafts, the Forces of Freedom and Change (FFC) opposition coalition was to make up two-thirds of the council.

Activists who led months of protests against Bashir have called for a million-strong march on Sunday to try to revive street pressure on the military council and call for it to cede power to civilians.

The protest would be the first mass demonstration since a deadly crackdown on a pro-democracy sit-in by security forces in Khartoum at the beginning of June.

Bashir ruled Sudan for nearly 30 years before he was unseated following a deepening economic crisis and 16 weeks of street protests.

Sudan’s stability is seen as crucial to a volatile region straddling the Middle East and Africa. Various outside powers including wealthy Gulf states are trying to influence its course.