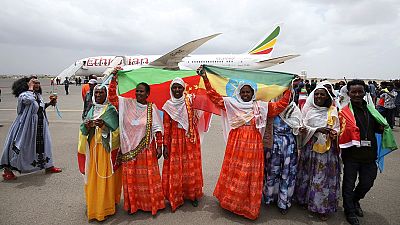 A number of African countries are holding up funds by airline operators as a result of foreign exchange crunch, the International Air Transport Association, IATA, has disclosed. Amongst them are Eritrea, Sudan, Zimbabwe, Angola and Algeria.

Eritrea is holding a total of 73 million dollars of such funds with six million of the chunk belonging to Ethiopian Airlines. Africa’s largest operator resumed operations to Asmara in July 2018 after two decades absence.

“We have no intention of suspending our flights to Asmara. This is just a temporary problem,” a senior executive of Ethiopian Airlines told The Reporter newspaper .

Other airlines impacted by the same situation include Egypt Air, Turkish Air and Fly Dubai. Reports say the financial difficulty had forced Qatar Airways and Luthansa to abandon the route.

The IATA at its annual General Meeting in South Korea early June 2019 said as at the ending of March 2019, five African countries were holding a total of 413 million dollars meant for airlines.

Back in 2017, during its meeting in Rwandan capital, Kigali, the IATA stressed the issue of blocked funds and said it was working on measures at easing the burden that it places on operators.

“Practical solutions are needed so that airlines can reliably repatriate their revenues. It’s a condition for doing business and providing connectivity,” IATA boss Alexandre de Juniac said at the time.