14 escapee lions in South Africa return to their habitat 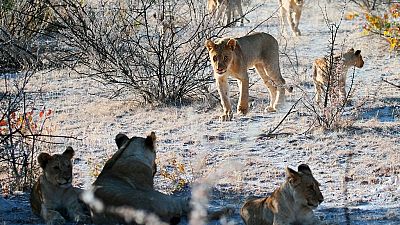 Authorities in South Africa’s Limpopo province on Saturday confirmed that fourteen lions that broke loose from their natural habitat had returned without incident.

“The department also confirms that the animals will be kept within the area. The department’s role is to enforce control where human lives are threatened. The lions have not been of any threat to humans,” the department of Economic Development, Environment and Tourism in the province said in a statement on Saturday.

Reports emerged last Friday that the group of lions were roaming the streets of Phalaborwa with residents cautioned to remain vigilant and reports any sighting of the animals to relevant authorities.

The reports said the animals were suspected to have been from the famed Kruger National Park, KNP, which is located in Limpopo but that version of accounts was disputed by the park’s authorities.

Spokesperson for SANParks Isaac Phaahla responding to the incident last week clarified: “It has been reported that this pride has been residing for more than a year within the Foskor, Phalaborwa Mining Company and direct adjacent areas, moving along the Selati River system.

“This area is outside, but adjacent to Kruger and also contains elephant, buffalo and other wildlife,” he added.

The Limpopo wildlife department also stressed that neither SANParks nor neighbouring private game reserves would be able to keep the animals “as they might clash with existing lion prides in established territories”.

Limpopo, located in the country’s northernmost part shares a border with Botswana, Zimbabwe and Mozambique. It’s known for bushveld and wildlife reserves, including part of Kruger National Park.