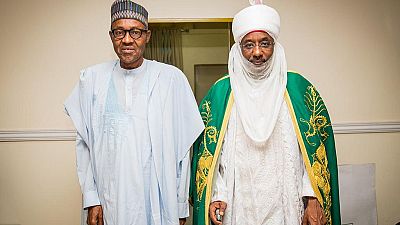 Nigeria president Muhammadu Buhari on Friday was reported to have moved to intervene in a power tussle between the political and traditional authorities in the north central Kano State.

Tensions had been high in Kano over a move by Governor Abdullahi Ganduje to oust the Emir of Kano, Muhammadu Sanusi II after a fallout deemed to be political in nature.

The Daily Nigerian portal cited an inside source at the presidency as confirming the news. Other portals have since reported same.

“You know the president hardly interferes in matters of states. But on this issue, the president had to just interfere. The president is not happy with the governor for taking the unpopular decision of balkanizing the emirate and making moves to dethrone the emir.

“The president therefore summoned Ganduje on Thursday and directed the Director-General of the DSS to call for emergency meeting with governors of the North West.

“The governors are led by the governor of Kaduna State, Nasir El-Rufai, who first met and briefed the president on the matter on Thursday,” the source is quoted to have said.

Buhari’s intervention comes on the final day the Kano State government had given to the emir to respond to a query of financial misappropriation and to explain why he should not be suspended.

Reports say the fallout between the two men was due to perceived support of the emir for the main opposition candidate in this years gubernatorial elections which Ganduje won after a supplementary vote to secure his final term in office.

The Emir, a former Central Bank governor, has had his powers split after Ganduje split the Kano Emirates – which dates back to centuries – into five. He appointed four extra emirs with the same powers as Sanusi.