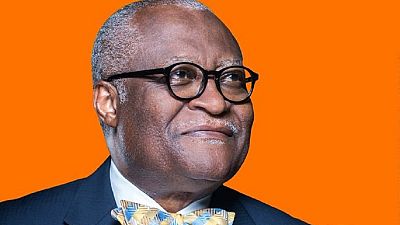 A celebrated lawyer and politician in Cameroon says true dialogue is one of the key ways to begin solving the crisis in the country’s Anglophone regions.

Akere Muna, a presidential aspirant in the 2018 elections, however; avers that the government lacks the will for true dialogue hence the worsening of the crisis which is in its third year.

“Dialogue is, first and foremost about the will, not about the structure. If we show a willingness to talk, we will find a way to do so.

The problem is that there is a clear lack of will for a true dialogue on the part of the authorities.

“The problem is that there is a clear lack of will for a true dialogue on the part of the authorities,” he stressed during a presentation on Tuesday in the French city of Normandy.

Muna was part of a roundtable discussion at the Normandy World Peace Forum on the topic: Cameroon, a Nascent Conflict. A number of Nobel Peace Laureates are participating. Egypt’s Mohamed ElBaradei, Liberia’s Leymah Gbowee and DRC’s Denis Mukwege are all participating.

The lawyer/politician has been at the heart of a call for true dialogue to be pursued to end the secessionist agenda his office described as a product of the mismanagement of diversity of Cameroon’s Anglophone-Francophone divide from the 70s.

He withdrew very late on from the presidential race throwing his support behind a former minister Maurice Kamto who came second in the elections won by incumbent Paul Biya. Kamto is currently in detention facing treason charges.

A statement by his office announcing his participation added: “Batonnier Akere Muna continues to advocate for and work towards a genuine and inclusive dialogue between all stakeholders, as a first step towards bringing to an end and embracing the difficult task of building a true, lasting peace…”

The question of dialogue has been advocated by most western allies of Cameroon, the government has hardly made any concrete efforts at going that route. A number of Anglophone leaders under the banner of Ambazonia Republic are currently facing treason charges in court.

Very honored to participate in a roundtable discussion, at the Normandy World Peace Forum, on the topic “Cameroon, a Nascent Conflict”.#Cameroon #Peace #AnglophoneCrisis #Dialogue pic.twitter.com/rg3LuREfIC