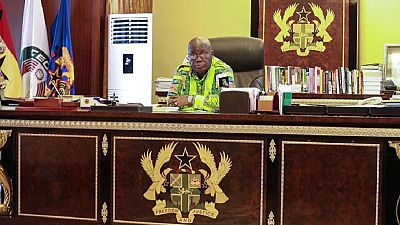 Ghana’s president Nana Addo Dankwa Akufo-Addo on Tuesday (May 21) signed into law the Right To Information, RTI, Act. The event comes about two months after the parliament passed it after years of delay.

The president in an address said he was happy that the feat had been achieved under his watch and congratulated the parliament for their commitment to the bill. He added that the implementation of the act was due to start in the next fiscal year.

The Act is primarily meant to allow citizens access to information by public offices as a means to holding government accountable. “I want to thank the seventh parliament for its courage, sense of responsibility and commitment to good governance in passing this significant piece of legislation.

The purposes of the act as set out in its preamble is to provide for the implementation of the constitutional right to information held by any public institution and to foster a culture of transparency and accountability in public affairs.

“The purposes of the act as set out in its preamble is to provide for the implementation of the constitutional right to information held by any public institution and to foster a culture of transparency and accountability in public affairs,” the president stressed.

He added that if properly applied the Act could prove a critical tool in the fight against corruption in public life.

Earlier today, I gave assent to the Right to Information Act, at a brief event at Jubilee House, the seat of the nation’s presidency. I am happy that deliberations on the RTI Bill were concluded in my time as President of the Republic, and in the time of the 7th Parliament. pic.twitter.com/kJJtKNGULJ

The right to information is enshrined in Ghana’s 1992 Constitution but, for many years, the country has struggled to pass the RTI law. As far back as 1999, Ghana’s Institute of Economic Affairs (IEA) drafted an RTI Bill for Ghana.

Despite this early start, Ghana has still not managed to adopt an RTI Law. In March 2018, the Right to Information Bill, 2018 (2018 Bill or Bill) was placed before Parliament. The current passage means it has taken a year to see the light of day.

It had been the subject of a series of protests especially from the media and civil society groups. They accused lawmakers of deliberately delaying the passage of the law because of their own selfish interests.

On their part, the lawmakers have argued that the bill needed finetuning in areas especially bordering on national security.

Ghana’s media is one of the freest on the continent according to the press rights group, Reporters Without Borders. Incidentally on the day the Bill was accented to, there was a protest against the closure of radio stations deemed to be pro-opposition.

Journalists in Ghana largely believe that the passage of the bill into law will make their work easier especially in the area of accessing official government data.

Ghana, one of West Africa’s stable democracies, has had the press playing a crucial role in shaping the democracy. The killing earlier this year of an investigator linked to undercover journalist Anas Aremeyaw Anas was tagged as the most significant blot on the profession in recent years.

There has, however, been a rise in the spate of physical attacks on journalists. The most recent has led to calls for the media to boycott the activities of the police. The president is on record to have condemned the attacks.

Ghana will not be the first in Africa to pass an RTI law. The likes of South Africa, Angola, Zimbabwe, Uganda, Nigeria, Ethiopia, Rwanda, Liberia, Malawi and Guinea have such laws in place.