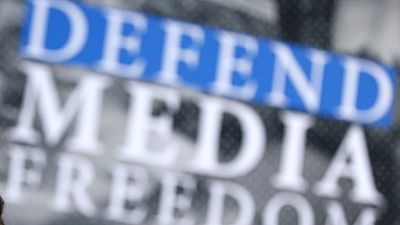 While media freedoms and the working environment for journalists across the world generally declined, there were glimmers of hope in Sub-Saharan Africa where Ethiopia and The Gambia had marked improvements in the 2019 Press Freedom Index by Reporters Without Borders (RSF).

The 2019 World Press Freedom Index categorised the media climate in more than three-fourths of the 180 countries and territories studied as “problematic”, “difficult” or “very serious.”

Only 8% have a media climate considered “good”.

Democracies seem to be giving up, while increasingly authoritarian governments are silencing the media.

“Democracy is in great danger,” RSF secretary-general Christophe Deloire said. “Halting this cycle of fear and intimidation is a matter of the utmost urgency of all people.”

In Africa, Ethiopia climbed 40 places from near the bottom to 110, reflecting the reforms by the country’s prime minister Abiy Ahmed. Abiy’s government has released thousands of political prisoners including journalists and bloggers, in addition to dropping charges against diaspora-based media outlets.

Gambia also moved up in rank to 92, putting it 30 spots higher than last year. RSF attributes the jump to a change in government, under which the human rights climate in the country has greatly improved.

‘‘New media outlets have been created, journalists have returned from self-imposed exile and the criminalization of defamation has been declared unconstitutional,’‘ the RSF report said of Gambia.

According to another report published by RSF, 80 journalists were killed worldwide in 2018, up from 65 in 2017. Forty-nine of these were journalists deliberately killed because of their reporting. A total of 348 journalists were detained.

“Democracies seem to be giving up, while increasingly authoritarian governments are silencing the media.”