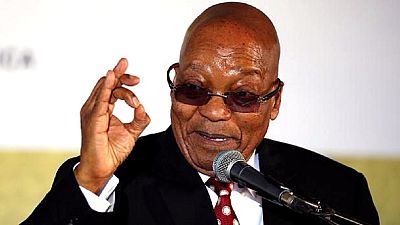 South Africa’s former president Jacob Zuma has appealed to the High Court in Pietermaritzburg, asking it to halt corruption proceedings against him, on the basis of political interference and pre-trial irregularities.

Zuma has applied for a permanent stay of prosecution from 16 charges of fraud, racketeering and money laundering relating to a deal to buy 30 billion rand of European military hardware for South Africa’s armed forces in the late 1990s.

The 77-year old, appearing in court on Monday for the fifth time since the charges were reinstated, has previously said he is the victim of a politically motivated witch-hunt.

Zuma’s lawyers on Monday argued that their client has been treated unfairly, and with bias from the National Prosecuting Authority (NAP) and the South African public.

“Suppose we know that he may well have done what we suspect he did. Does he get stripped of human dignity, is there a reason to deal with him in a particular way because he is Mr Zuma?” Zuma’s lawyer, Advocate Muzi Sikhakhane said in his opening address.

“Zuma was denied the opportunity to challenge evidence that implicated and prejudiced him,” the lawyer added.

They argue that former head of South Africa’s Directorate of Special Operations (DSO), Leonard McCarthy ‘overzealously’ pursued the investigation of Zuma’s involvement in the arms deal.

In addition, Zuma’s lawyers say the former NPA head Bulelani Ngcuka biased the public when he said that he had ‘a prima facie case against Zuma, but he would not prosecute’.

The lawyers say these actions by members of the NPA prove that Zuma is being dealt with unfairly and with bias.

Zuma who was president of South Africa from 2009 to 2018, still enjoys support from several sections of South African society, including political parties like the Black Land First Movement.

BLF shall be in court on 20th of May to stand with PresJGZuma. We shall continue to defend black people who come under attack from land thieves & white monopoly capital by any means necessary.

The process of setting up the Private Litigation Unit is also at an advanced stage. pic.twitter.com/vLIM8A3Wi5

His supporters in the KwaZulu-Natal province marched to the court, and he is expected to address them after his court appearance.