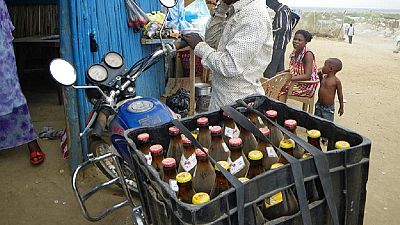 “I issued orders to stop the discos and also to stop opening the bars during the daytime. The bars we gave them time from 5 pm to 9 or 10 pm, this is the limitation.

“And disco, we banned it totally, because what is happening there is really dangerous for the future of this country. You cannot imagine the young girls – 12 years, 13 years – you get them in disco areas.

“And some places even the lodges inside the town they use something called ‘take away,’ these are young girls – take away. You can imagine a human being we name them to be take away, that is totally destroying the future of the coming generation,” these are the words of South Sudan’s Jubek State governor, Augustino Jadalla Wani after cabinet meeting on May 11.

The order is in place and we're implementing it, meaning nightclubs are shut down. The city council has received a lot of complaints from residents that they're being disturbed by these nightclubs the whole night.

A week on, police in the capital have confirmed that they are enforcing a ban on nightclubs and bars across Juba. The capital falls under the Jubek State.

“The order is in place and we’re implementing it, meaning nightclubs are shut down. The city council has received a lot of complaints from residents that they’re being disturbed by these nightclubs the whole night,” spokesman Maj. Gen. Daniel Justin told the BBC on Friday (May 17).

The governor added that plans were afoot to legislate a national law that makes it compulsory for persons seeking to use public places such as hotels and lodges to produce proof of marriage.

Authorities in South Sudan say nightclubs & discos will be banned in the Capital Juba and wider Jubek state.
Bars will only be allowed to open between 5-10pm, and couples wanting hotel rooms will be required to show marriage certificates. pic.twitter.com/cBsxIRBtAW

South Sudan is a predominantly Christian nation that gained independence from Sudan in 2011 becoming Africa’s youngest nation till date.

It plunged into civil war in 2013 after President Salva Kiir accused his former deputy Riek Machar of plotting a coup against him. The war has left 380,000 people dead and forced more than four million South Sudanese — almost a third of the population — to flee their homes.

A peace deal signed in September 2018 has largely stopped fighting, but implementation has run aground and the planned formation of a unity government on May 12 was postponed for six months.