Liberia opposition vow to go ahead with June protest 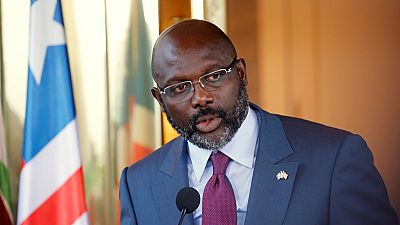 <p>Opponents of Liberian President George Weah in a meeting of the council of patriot, on Tuesday maintained their stands to demonstrate on June 7 despite a call for dialogue launched by the head of state. </p> <p>The call is to demand that President Weah “resign or find a solution to the appalling economic situation of the country, affecting most of the populace. </p> <p>“On June 7, we will present our demands to you,” added Mr. Dillon, who was speaking at a meeting, requested by George Weah, in the presence of representatives of <span class="caps">ECOWAS</span>, the United Nations and religious leaders, who made calls for “peace and dialogue”.</p> <p>Liberian politicians have been accused of trying to create tensions around this demonstration between the “American-Liberian” elite, descendants of freed slaves who have dominated Liberian political life for 170 years, and the “indigenous”, including George Weah.</p> <p>“I thought the Patriot Front would express its concerns today, but they say they will do so on the day of the demonstration. This is their right, but for me, these demands could have been put on the table during this dialogue rather than during a street demonstration,” replied George Weah.</p> <p>The former football star promised to “protect those who demonstrate and those who do not” and that he would “do everything possible” to avoid a return to the violence of the past. Many personalities directly involved in the civil war still hold important positions in the spheres of political and economic power.</p> <p>When questioned by the press, Darius Dillon rejected any intention to “disrupt the peace” and explained that a dialogue would “perhaps” be possible if an audit on the conduct in 2018 of a controversial monetary operation to inject US$25 million into the economy were published. On May 7, George Weah said that the report would be made public “soon”.</p> <p>The international community is concerned about the risk of violence during this major demonstration, the largest since George Weah came to power in January 2018. This West African country remains haunted by a civil war (1989-2003) that left some 250,000 people dead.</p>